The Needles, Isle of Wight

This post was written by Kaartika, aged 14, who entered our Young Persons’ Writing Competition 2019.

It was just another bleak summer day when a plan was made to explore somewhere outside the four walls of our house. As spontaneous as that decision was, we made it happen soon enough. The journey started early in the morning when the sun has just begun to wake and the moon was lurking behind the clouds hesitant to leave. Two families (mine and my friend’s) were sat in a train, a little sleepy from the early start and very excited to begin the adventure. We watched the sunrise from the blurry glass of the train decorated with dry patches of dirt and thought “what a great way to start the day.”

Several trains and buses later we reach Lymington pier surrounded boats which were dancing on waves. The sea gulls were gliding in the air and the salty sea breeze was beating with their wings and cries. The ocean was full of life and our destination rests barely visible to my eye. From there we travelled by a 40-minute-long ferry to Yarmouth which passed quickly as we travelled the scenic route admiring the green sea view. 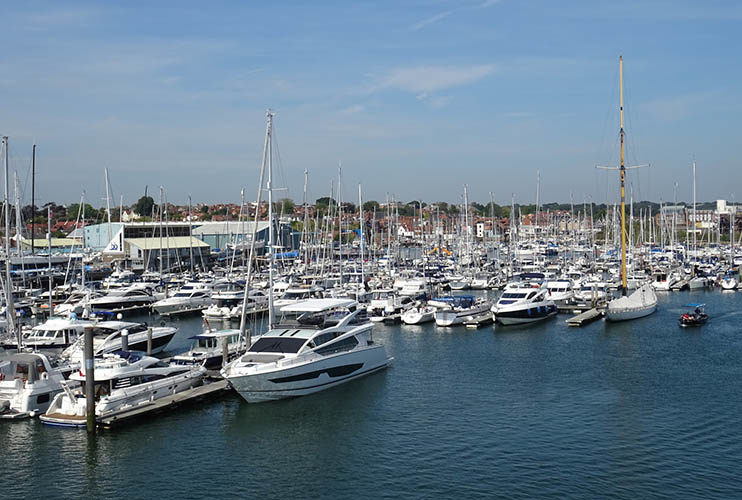 We first headed to Freshwater Bay in West Wight which lies to the South of the town Freshwater. The beach was covered in chalk pebbles, grey flint and also some sandy areas that are comfortable to sit in. After a short walk by the rocks we made our way to Needles with the help of a Needles Breezer (an open-top bus) to navigate the narrow roads of Freshwater. 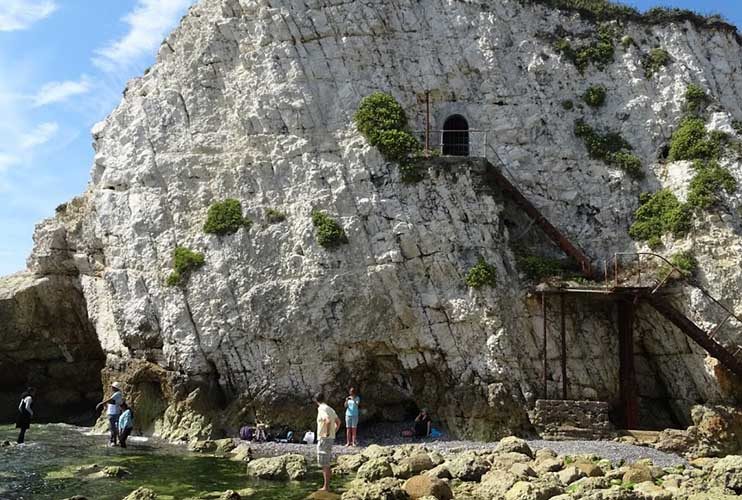 The island’s most famous landmark was packed with people. A range of attractions were offered to appeal to all kinds of visitors such as the 4D cinema, Album Bay Glass where the fascinating art of blowing glass was exhibited, the Water Walkerz, and The Pier Head Shopping Emporium which contained several souvenirs to remember the trip forever. After walking through the plaza of excitement lunchtime arrived along with hunger. Cafés and stalls sold fresh meals and drinks but we preferred to have ice-creams and quick snacks due to the overwhelming heat. Hunger satisfied and energy re-loaded, we had places to be and things to see. 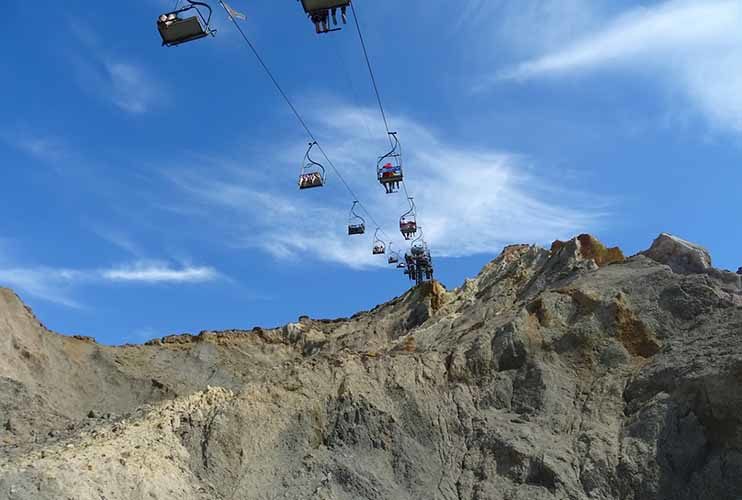 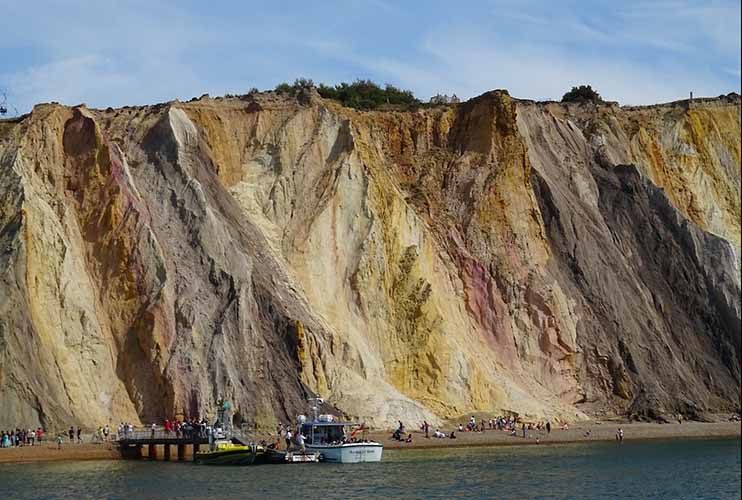 From the top of Alum Bay cliffs down to the beach below we travelled by the iconic Needles Chairlift which took us to see the colourful sands and the needles rocks and the light house in the turquoise waters of the Alum Bay beach from where we took the Pleasure Boat to get a close-up view of the sensational Needles Rocks and Lighthouse.

Originally, there were 4 rocks and the name Needles comes from the fourth rock, which was needle-shaped and known as the “Lot’s Wife”. This rock was the tallest of the four being 120ft in height. However it collapsed in the storm in 1764 and the impact of the fall was said to be great. The Lighthouse was built later in 1859 at the end of the outermost chalk stack where it still stands boldly. Before it was built to help sailors many ships sank in the dangerous area of shingle bank in Scratchell’s Bay. 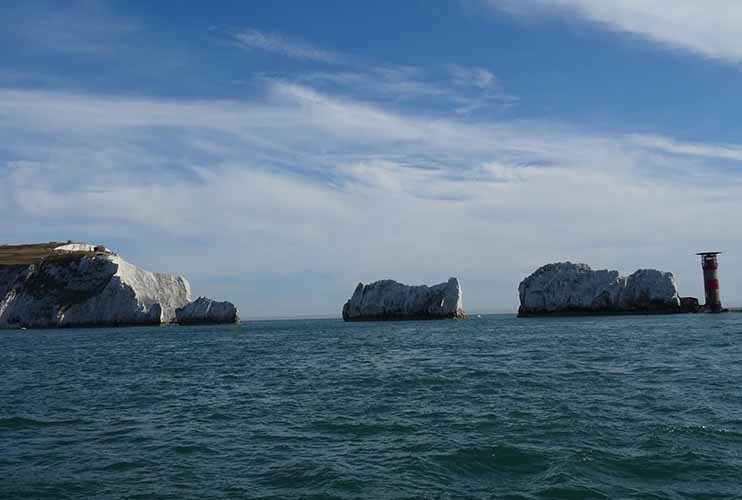 Our final visit was to the Old Battery and New Battery to which we reached a bit too late. But that didn’t stop us from sitting down on the slope and enjoying the view of the coast and the majestic Needles rock. And although we weren’t able to it is possible to go through an underground tunnel in the Old Battery and get a close-up of the Needles. As evening approached and the yellow Sun began to turn orange we headed back.