A Guide to Lowestoft

A brief history of Lowestoft

Located on the most easterly point of the British coast, just a ten minute drive to Pakefield, Lowestoft provides an ideal holiday location for all ages. With a mix of sandy beaches, pleasant seaside walks and quality family attractions all set in a traditional seaside town, Lowestoft is an idyllic beach setting for a holiday getaway.

This once flourishing fishing port is now renowned for the quality of its wide, golden sandy beaches. The North & South beaches are considered to be some of the very best in Europe and both currently hold the ENCAMS Blue flag award. The Victorian garden behind the beaches also provide the perfect surrounds to one of the East Coasts highlights.

Donkeys have been reintroduced to Lowestoft’s beaches and another unique feature of the town is the restaurant below – there aren’t many places where you’ll see a thatched restaurant on the seafront! Keep reading below for an overview of things to do in Lowestoft.

Things to do in Lowestoft

The town centre and seafront areas have seen some recent changes to make them more accessible to visitors. The improvements included the introduction of the Princess Royal Fountains. The fountains consist of 74 individual waters jets that provide the perfect attraction for children through the day and a visual spectacle in the evenings.

Lowestoft also offers a unique shopping experience. The main town High Street provides an opportunity to shop in one of the most interesting and historical parts of the town, whilst Kirkley offers a choice of independent stores.

Those wishing to indulge into Lowestoft’s rich Maritime History will be able to explore Heritage Quay and the Maritime Museum. There is also the opportunity to buy some local fish from one of the merchants or from the local smoke house.

Heading away from the beach, the town is surrounded by a wide choice of attractions, ranging from museums, wildlife parks, piers and other facilities that will keep all visitors entertained. Visit the fantastic Africa Alive! wildlife park which is set in 100 acres of stunning Suffolk countryside and offers the chance to spot a wide range of British wildlife as well as five species of African savannah animals, including our graceful giraffe and heavyweight rhinos.

The Marina Theatre provides a number of high quality acts throughout the year and is also the eastern home to the internationally acclaimed Royal Philharmonic Orchestra. Every Christmas the Marina hosts a spectacular Panto that makes the trip to Lowestoft well worth it for that alone! See The Marina Theatre for current listings

Those wishing to be a little more active may decide to follow the coastal walk and horse riding along the coast or for the more adventurous why not try your hand at kite boarding?

The famous Lowestoft Porcelain – previously produced in the 18th Century – consisted of mainly domestic wares designed for a middle class audience and is now extremely valuable and popular with collectors. Recently it was put back into production, a new factory, shop and information centre can be found on Battery Green Road.

Close by, the Lowestoft Arts Centre provides an art and craft gallery plus studios for teaching and small meetings. There are regular exhibitions of quality art and craft work by local artists.

Ness Point in Lowestoft is the Most Easterly Place in the UK. These are very exiting times for both Lowestoft and Ness Point, as the Town Council aims to make Lowestoft one of the leading areas in the UK for the renewable energy industry. The in dustry started locally in 2005 with the completion and installation of the UK’s Largest Wind Turbine [Gulliver] in 2005, and Lowestoft now has the OrbisEnergy Centre, which is a hub hosting local businesess who are involved in the sector. This interesting building is situated right next to Ness Point and will help for further bolster the economy of this area. So next time you’re in Lowestoft look out for the enormous wind turbine in the Town Centre!

While you’re in the area why not explore… 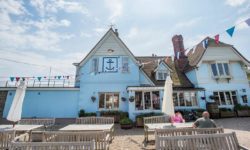 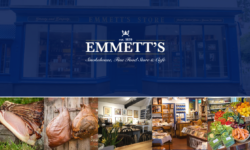 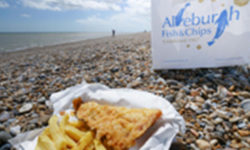 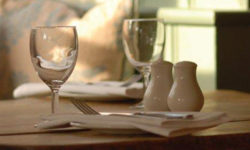 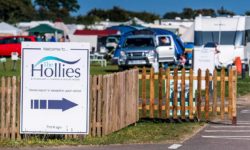 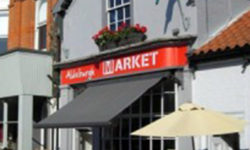 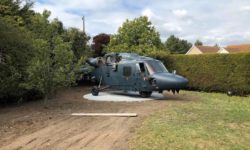 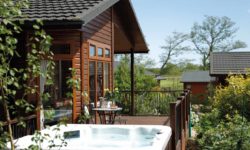