A Guide to Chelmsford

Chelmsford is known as being the only city in Essex. It benefits from being located in a strategic position right in the London commuter belt, and much of the population consists of a large number of City and Docklands commuters. The transport links to London are ideal, and you can get to central London in a 35 minute train ride, or a 60 minute drive. The convenience of its location means that the city attracts many visitors, and there are certainly plenty of things to do and sights to see in Chelmsford.

The history of Chelmsford can be traced back to the Roman settlement of Caesaromagus, meaning Caesar’s market place. In AD 60, a Roman fort existed where modern Chelmsford is now, serving as a strategic location halfway between Londinium (London) and Camulodunum (Colchester). As the presence of the Romans in Britain dwindled, the town of Caesaromagus disappeared by AD 407. Modern Chelmsford was reestablished almost 800 years later after the Romans left. In the early 12th century, a bridge was built over the River Can, which led to a great number of merchants settling, leading to the growth of the town.

Things to do in Chelmsford

Chelmsford Cathedral is one of the youngest cathedrals in the country. It was originally a parish church, only becoming a cathedral in 1914. The parish church dates back to roughly eight hundred years ago, with the first recorded service being held in 1223. The cathedral has some beautiful architecture and artwork, including stained glass windows, sculptures and painted ceilings. Chelmsford Cathedral also hosts a range of free lunchtime concerts from soloists and ensembles, both instrumental and vocal.

Through its comprehensive collections, you can discover more about the city’s past at Chelmsford Museum. If history is your thing, head to the Archaeology Collection for artefacts from local excavations, including Celtic coins, Celtic mirrors, Saxon gold and Roman jet jewellery. At the Biology Collection, check out the taxidermy which includes an otter and a barn owl. There is also a Fine Arts, Geology, Military and Industrial Collection to get stuck into. The museum has a range of events and activities for children too, including fun workshops, play areas and craft sessions.

Hylands Estate is a grade II listed public park set in 574 acres of parkland. It’s open to the public on select days, and often hosts seasonal events both within the house and the park, such as wedding shows, drive-in screenings, guided walks and open days. Within the park, there are Victorian Gardens and an Adventure Playground. Hylands Estate also hosts a Farmers Market on the first Sunday of every month from March to December, and is a great place to find locally reared meat, artisan food and handcrafted gifts.

A 20 minute drive from Chelmsford takes you to RHS Garden Hyde Hall, one of the leading gardens in the east of England. Set over 360 acres, the site boasts a diverse mix of traditional and modern garden styles. Visit the Dry Garden for an impressive range of drought-resistant plants, or the Rose Garden and Rope Rose Walk to see the stunning colour combinations. The Global Growth Vegetable Garden features veggies from around the world, and you can sample the fresh produce at Hyde Hall’s restaurant. The gardens often hold exciting events and shows all year round, including lino printing workshops, gardening courses, botanical photography exhibitions, paper flower making workshops and garden painting events. You can even learn how to create your own perfume out of aromatic plants.

Having recently turned 25, the Essex Police Museum is a great place to learn about the history of the police force from the Victorians to the present day. Highlights of the collections include the shoes of Camille Holland, murdered for her money in 1898, a classic 1960s Noddy Bike, and the death mask of Frederick Browne who murdered PC Gutteridge in 1927. The museum is interactive, and you can step inside a Victorian cell, try on a real police uniform and take your fingerprints. You can also learn about how crime is detected, and hear gripping stories about some of the criminals.

Chelmsford is not short of places to shop. For luxury and top high street brands, head to Bond Street. Here you’ll find luxury brands, a John Lewis, seven riverside restaurants and a five screen cinema. For a more classic high street brand, head to High Chelmer shopping centre. Chelmsford has plenty of local shops as well, including Moulsham Street and Chelmsford Retail Market. Make sure you visit the Bearded Gypsy Trade Fayre on the first Sunday of the month, a market for artists, designers and emerging brands. The High Street Market takes place every Tuesday, Friday and Saturday, and offers an excellent choice of local and international food and produce.

Browse Things To Do in Chelmsford

Places to Stay in Chelmsford

Set in the lush Essex countryside just outside of Chelmsford is Pontlands Park, a family run hotel built in 1879. The hotel features Victorian period architecture mixed with contemporary design. There is a beauty room onsite offering a number of treatments, as well as access to the neighbouring leisure centre with an indoor and outdoor pool and sauna.

Channels Lodge is a Tudor house and converted stable block dating back to the 15th century. Set in the grounds of the Channel Estate, the hotel features cosy, individually designed rooms with exposed wooden beams, two onsite restaurants and free access to a nearby Nuffield Health centre.

The Lion Inn was a traditional pub for many years, and has been transformed into a contemporary bistro and bar with ensuite rooms. Some of the rooms have balconies overlooking the garden, while others have access to the garden from their own terrace. Antiques and salvaged furniture give the bar and dining room a vintage French feel, and the menu is based on traditional pub food with a modern twist.

Browse Places To Stay in Chelmsford 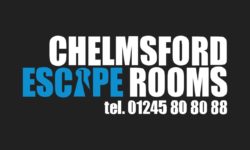 View Details
What's On in Chelmsford A Guide to Colchester Open Gardens in Essex Fetes, Fairs, & Shows in Essex
Essex