Although it may be small, West Yorkshire packs a punch when it comes to things to see and do. Here is a great mix of fun bank holiday May activities in West Yorkshire.

Built in the 1760s, Harewood House is a historic Georgian building and one of the Treasured Houses of England. Since it was built, it has been in the Lascelles family and the interior reflects the changing styles and tastes over the past hundreds of years. As you walk around the beautiful State Rooms, admire Renaissance masterpieces, family portraits by renowned artists including Gainsborough and Reynolds, rare Chippendale furniture, and an exquisite collection of Sevres china. Make sure to visit the Below Stairs section of the house, where you can see the Old Kitchen and the areas where the servants lived and worked. Outside, there are over 100 acres of gardens to explore. Designed by the renowned Capability Brown, the different sections of the garden are filled with gorgeous blooms and plants from all around the world. If you’re looking for May bank holiday events in West Yorkshire, Harewood House has several exhibitions running on various themes.

The National Coal Mining Museum is a great day out for the whole family. It’s an unmissable chance to visit the country’s last remaining deep coal mine. Put on a hard hat, grab a lamp and head 140 metres underground to see the mines. You’ll also get to meet former miners and hear their stories about working in the mines. These stories are also displayed across the 14 galleries and buildings, where you can learn about the history of coalmining and the science behind it. Visit the Stable Yard and say hello to the ponies, and find out about the important role of pit ponies in the mines.

This traditional spa town near the city of Bradford is a great base for exploring the Yorkshire Dales. It’s the official starting point of the Dales Way trail which runs to Bowness-on-Windermere. If you prefer to explore the countryside at your own pace, start at Ilkley Moor. It’s home to the famous Cow and Calf, a rock formation also known as the Hangingstone Rocks. The moor is a popular place for walking, hiking, cycling, pony trekking and rock climbing. If you’re not an outdoorsy person, no problem – Ilkey has a vibrant town centre with plenty to see. Wander round the boutiques, independent shops and vintage fairs. It also has some fantastic attractions including a medieval Manor House, the White Wells Spa Cottage and the Toy Museum.

Hebden Bridge is another town that should be on your itinerary. It’s a very artsy and creative place, and during the 70s and 80s many artists and writers made the town their home, including Ted Hughes and Silvia Plath. It’s a great place to go shopping, and you’ll find a ton of independent shops and boutiques selling everything from artwork to records. If it’s a rainy day, take shelter in the Hebden Bridge Picture House which is set in a 1920s Art Deco building. Hebden Bridge is an unassuming place to have one of the most popular music venues, but The Trades Club is frequently on the list of stops for touring musicians. Head outside for a walk through the tranquil wooded valleys and pretty heather moorland. You’ll find the popular Hardcastle Crags, as well as the sweeping views of Top Withens.

Otley Chevin Forest Park overlooks the market town of Otley, a thirty minute drive from Leeds. Comprising 700 acres of woodland and crags, this designated nature reserve is a great choice if you’re looking to get outdoors this bank holiday. The north facing cliff is 280 metres above sea level. It’s a lovely hike up, and you’ll be rewarded with panoramic views over the Wharfe Valley. On your way down, wander round Otley and pop into the many little shops, bakeries and cafes.

If you’re a film fan, then you’ll be interested to know that Bradford is the world’s first UNESCO City of Film. To dive into the world of film, head to the National Science and Media Museum in the heart of the city. The museum explores the effect of the culture of light and sound technologies on our lives. The immersive galleries and exhibitions shine a light on world-famous collections of photography, film and television. The museum has three screens including an IMAX theatre which show an ever-changing programme of film from around the world. 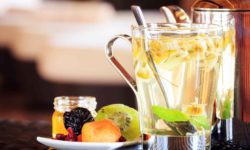 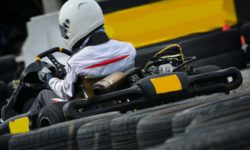