Devon is arguably one of the most beloved British holiday destinations; hours of stunning coastlines, iconic fossil cliffs and gorgeous villages dominate the picturesque beauty of the harbour-county.

Of course, such an incredible place is also home to some of the most impressive restaurants in the UK, too – there are plenty of Michelin starred eateries, award-winning restaurants and an abundance of AA rosettes as well.

If you’re struggling to choose where to eat, don’t worry – here’s our guide to fine dining in Devon.

A 13th Century Inn pressed against the idyllic and peaceful village of Knowstone is the backdrop for award-winning eatery The Masons Arms. With food presented almost as beautifully as the location itself, The Masons Arms is clearly deserving of its Michelin star.

Run by Mark & Sarah Dodson, the former acting as head chef, this eatery serves a seasonal Modern-British menu consisting only of the finest ingredients – of course, all of which have been locally sourced for an authentic, delightful taste.

Thomas Carr is a Devonshire chef born and raised, making the Olive Room a true labour of love. His dishes are based primarily on the fresh fish, all of which have been caught in local harbours around the premises.

The Olive Room has received a Michelin star – though this is actually Thomas’s third Michelin award (previously winning two stars for his work at Restaurant Nathan Outlaw), which is a statement to his skill and talent as a chef.

Recipient of three AA rosettes and featured in the Michelin guide 2020, Gidleigh park mostly serves Modern-British cuisine, which is only fitting for the Tudor-esque stately-home in the heart of the Dartmoor woodlands.

Named after it’s distinct Austrian influence, Old Vienna is a culinary capital of its own. Owner and chef Werner Rott is the mastermind behind this elegant fusion-style restaurant; a passionate culinarian dedicated to delivering high-quality artisan cuisine – with an ‘Austrian touch’.

Old Vienna has won a plethora of awards, ranging from TripAdvisor certificates of excellence, all the way to the Best Fine Dining Restaurant in 2016/17. This is only the tip of the iceberg, however – Chef Rott is always looking for new and innovative ways to prepare his dishes, so we can only assume there are more awards to come.

The Old Forge might not be an immersive restaurant set in an ancient manor – but don’t let this put you off. The French-inspired Café is a local favourite, mostly due to the impressive range of dishes and pastries, with some patrons even describing it as ‘Michelin Quality’.

The Old Forge is a must-try destination for anyone who is passionate about food. It’s great for restaurant-style meals as well as just a small bite to eat – regardless of what you order, you won’t be let down. The ingredients are fresh and local and the food, though at first a bit unusual, is outstanding.

Now, unlike The Old Forge, Bovey Castle quite literally is an immersive restaurant placed in the heart of an ancient manor. Well, castle.

Pressed into the jaw-dropping beauty of Dartmoor National Park, the Bovey Castle Hotel and Spa is home to renowned Smith’s Brasserie. If you have a taste for luxury, then you absolutely need to visit the incredible Bovey castle.

Don’t be fooled by the name, as this restaurant experience will be anything but boring. A hotel venue with a brasserie-style restaurant, Boringdon Hall is a modern cuisine experience in an antique, historical location.

With draping chandeliers and colourful upholstery, this 3 AA Rosette holding diner is a magical experience that will only leave you wanting more. Fronted by a talented kitchen team who only use local, fresh ingredients, you can expect wholesome and mouth-watering dishes.

Lympstone Manor is the height of modern luxury; a white-washed contemporary country manor with pristine lawns that overlook a beautiful Estuary, diners will be catered to by award-winning chef Michael Caines.

In fact, Lympstone Manor is so successful that it has been awarded a Michelin star along with FIVE AA rosettes. Perhaps it’s due to the bountiful Exe Estuary, which provides a large portion of the fresh ingredients Chef Caines utilises in every meal.

Visitors will need to book in advance.

Kota Restaurant is a luxury fusion eatery that can be found facing out over the Porthleven Harbour. Cited as one of the best seaside restaurants in the country, Kota is certainly deserving of the 3 AA rosettes that it has received.

Diners at Kota will be treated to Asian-Cornish fusion food – it’s a curious combination, but one that’s guaranteed to satisfy your eager tastebuds. Led by head chef Jude Kereama, who has previously featured on the Great British Menu, it’s a well-kept secret of the south-west.

If it’s seafood that you crave, look no further than the Oyster Shack, a nautically themed restaurant known for its freshly caught, delicious local catches.

A unique restaurant, who’s availability may even depend on the tide, diners will be able to choose from a taster menu, an A La Carte menu and even a roast dinner menu throughout the winter months.

What really makes the Oyster Shack shine, aside from its plentiful awards, is the ethos. Guests can enjoy the beach on the concrete decking outside, or cosy up by the roaring fire indoors. 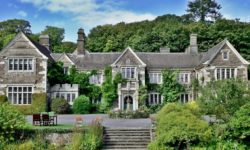 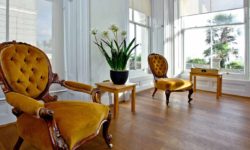 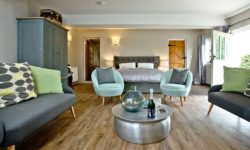 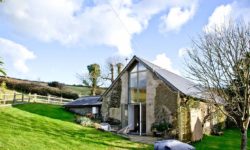 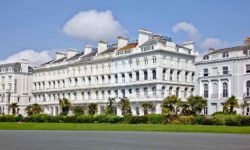 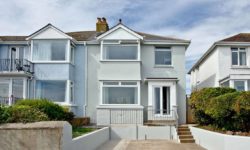 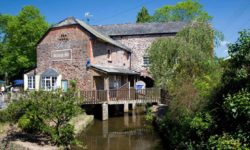 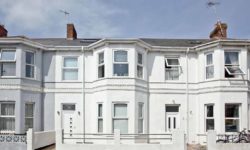 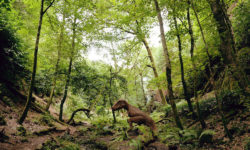