A day at Woolsthorpe Manor, Lincolnshire

This post was written by Josiah, aged 10, as part of our Children’s Writing Competition.

Before I visited Isaac Newton’s house, Woolsthorpe Manor, I knew nothing about him. It wasn’t until we were winding our way along the Lincolnshire lanes that my Mum told me that Isaac Newton was a famous scientist who had lived in the Seventeenth Century. He is particularly remembered for his discovery that gravity is a force and for noticing that light is made up of three different colours: red, green and blue

Knowing that Woolsthorpe Manor is a National Trust property I was expecting a big stately home. However, I was surprised to see that it was much smaller than I had imagined. 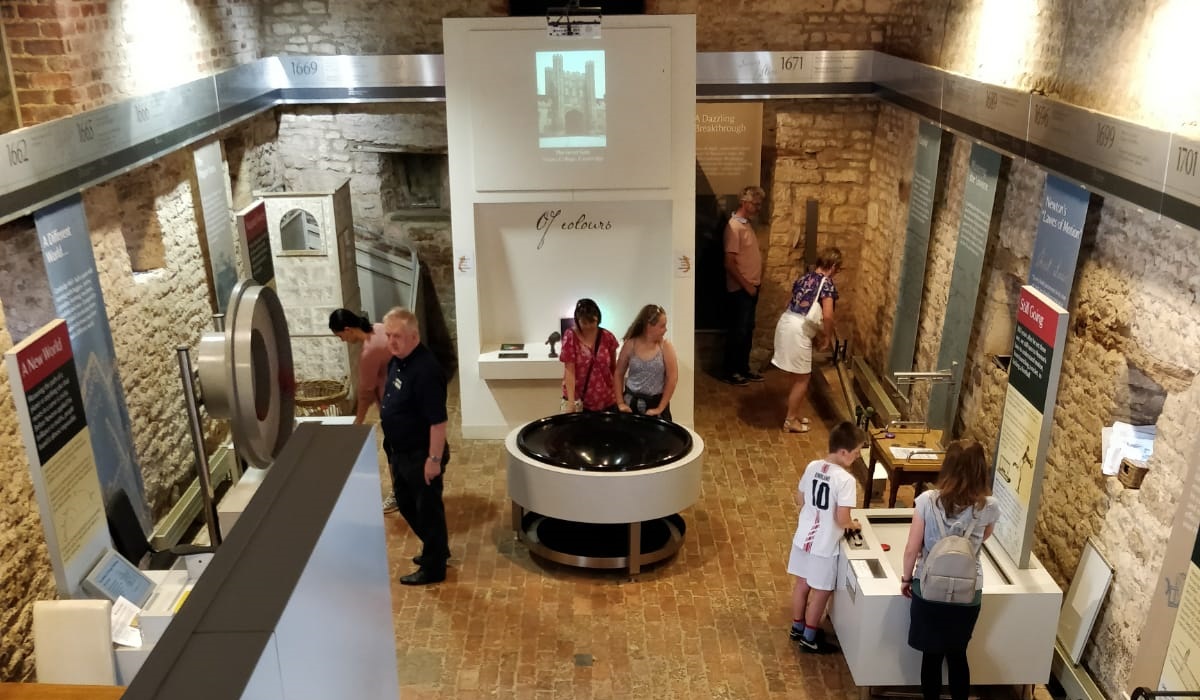 Before entering the house, we watched a short introductory film. It explained how Newton was an odd sort of boy and how he spent his time reading and carrying out experiments rather than playing the usual games like skittles or tag. He rather unusually discovered gravity as an apple fell from a tree. This led to further discoveries about forces and what became known as Newton’s three laws of gravity.

The manor house itself, where Isaac was born, was relatively small, having only seven rooms. As we entered, some of the staff asked if we would like to do a trail. The trail had charcoal letters in every room. Once I had found all the letters, I had to put them together to make a word to do with one of Newton’s discoveries. The answer was ‘rainbow’, because when light shines through glass it splits into seven colours: red, orange, yellow, green, blue, indigo and violet-rainbow!

The house was very simply furnished and as we walked from room to room, we saw many interesting items, such as a 3D hologram, an old truckle bed and even Isaac’s own telescope. In the main bedroom, there was a plaque on the wall stating:

‘Sir Isaac Newton (Son of Isaac Newton Lord of the Manor of Woolsthorpe) was born in this Room. December 25th 1642’

This was followed by two lines from the poet, Alexander Pope:

‘Nature and nature’s laws lay hid at night
GOD said “let NEWTON be” and all was light.’

Just across the stone cobbled yard from the manor house, there was a hands-on science barn containing a wide range of experiments connected with forces and light, and showing some of Isaac’s scientific discoveries. For example, visitors could mix colours using coloured lights; play with circles that moved on a board of air showing what happens without friction; and drop different items such as a ball, piece of paper and a feather from a tower to show air resistance in action. 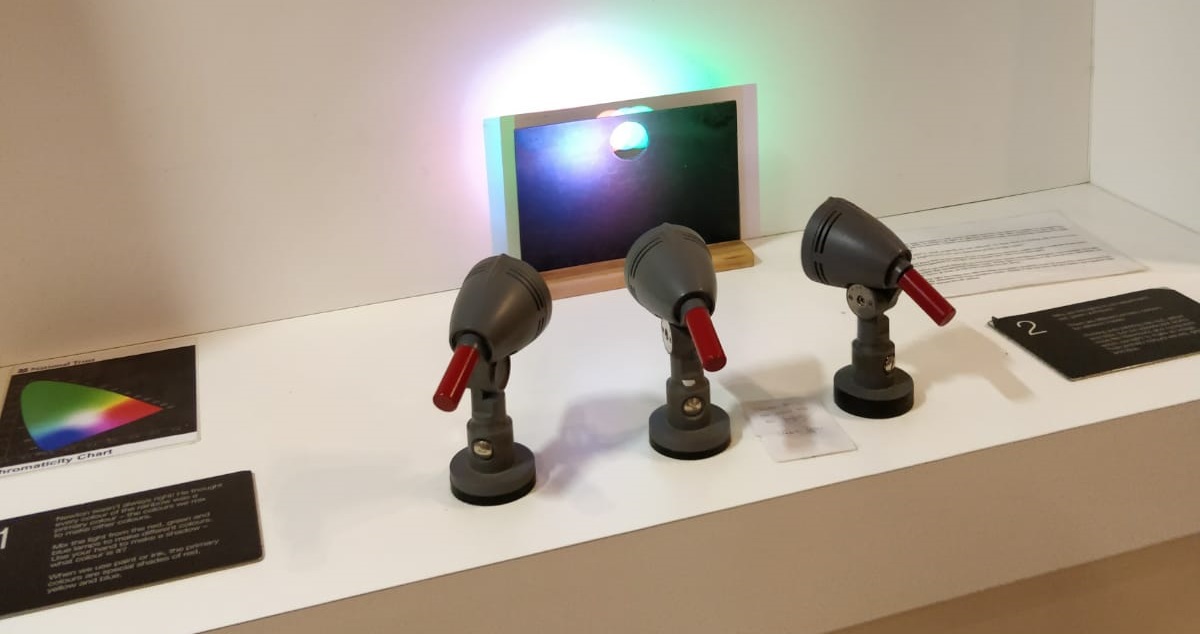 In the gardens there was an orchard containing Newton’s famous apple tree from which he discovered gravity – not the actual tree of course but a descendent of the original. Funnily enough, some of the seeds were blasted in to space along with British astronaut Tim Peake and grew into young saplings aboard the International Space Station. For more details about this project visit: https://www.nationaltrust.org.uk/woolsthorpe-manor/lists/newtons-space-saplings

As with many other National Trust properties, there was a small shop selling souvenirs, a secondhand bookshop and a café serving lunches and teas. There was also a grassy field at hand for visitors to enjoy a picnic, with scenic views. While we were eating there, we were greeted by a very friendly cat, much to the delight of my sisters!

Overall, our visit to Woolsthorpe Manor was interesting and fascinating. I would thoroughly recommend it to everybody.