A Guide to… Eye

Interested in learning about nearby areas? Read our guide to Suffolk villages and towns.

Events in Eye Places to eat and drink in Eye

As a visitor to Eye once said ‘We’ve seen the Town Hall. Where’s the Town?’ It may not be the largest town in Suffolk, but Eye is a delight to visit. You won’t find many Italianate Town Halls in Suffolk, but Eye has its own, built in 1857, with a clock tower used for locking up local criminals! This is an attractive market town with many unusual and interesting buildings and some great places to stay, so don’t overlook it.

Historically Eye (a name is derived from the Old English word for ‘island’), would have been surrounded by water and marsh, with just the church of St Peter and St Paul and the castle on higher ground.

The Church itself is hugely impressive and dates back to 1470. Inside there’s a 15C wooden rod screen with intricate carving, and paintings of kings, saints and bishops. Although the paintings have faded they have been partly restored and give an idea of the brilliant colours that would’ve been seen in the Middle Ages. The Church Tower is also mighty impressive at over 101 feet/30 metres high – described by Nicholas Pevsner as “One of the wonders of Suffolk”. The Church was probably rebuilt on the site of an older church, as was common in East Anglia during this period of prosperity. Hard to believe now but in the 15 and 16C East Anglia was, apart from London, the wealthiest and most densely populated area in England due, primarily, to the wool and cloth trade and the region’s strategic position facing the Low Countries across the sea.

One of the interesting features about Eye is the mix of architectural styles and building materials in a relatively small area. For example, you’ll see the Red House which has a 19C red brick façade on top of a timber framed house. In Castle Street you can see the one-time Horseshoes public house with its brick façade painted a rather daring shade of purple (below).

This is typical of the area – funds were spent on the façade and the rest of the property was left untouched. In Lambseth Street are the recently restored almshouses (below) built in 1850 to replace older properties built in 1636. These Victorian almshouses exhibit many typical features of the period, including high, neo-Tudor chimneys, stone canopies and blue brick patterning.

Looming over the small market place is the extensive rendered frontage of White Lion House, which until 1987 was the White Lion Hotel. Now divided into houses and flats, the gateway into its yard has a unique arched sign above proclaiming a ‘Posting Establishment’.

Eye Guildhall dates from the late 15C and was possibly bequeathed by John Upson “for the good of his soul”. Despite Victorian ‘improvements’ the corner post still has its medieval carved figure of Archangel Gabriel, and two arched window heads also have original carving. Eye also has a few timber framed thatched cottages remaining, typical Suffolk sights.

Standing next to the church, Eye’s Castle was built after 1066 by William Malet, the first Lord of Eye, and finished by his son, Robert, who also founded Eye Priory. The castle became a prison between 1215 and the 17C, but over time the locals helped themselves to the stone and by the 18C the only stone remaining was on the north west side of the motte where a tower once stood, which is visible today. As the Castle is on high ground this is an excellent spot to view the surrounding countryside stretching north towards Norfolk.

Did you know that Suffolk women played a leading role in the Suffragette movement? Margaret Thompson, a militant suffragette who campaigned with Emily Pankhurst before WW1, lived in Eye at Linden House, an impressive 17C brick house in Lambseth Street. See Suffolk and the Suffragettes for more information on this subject.

Aside from these architectural delights, Eye has an interesting range of independent shops, including several antique and interiors shops, a gift/card shop, and a deli, alongside two butchers, two Co-ops and other convenience stores. There’s not much you can’t find in this little town!

Given its proximity to the coast (40min drive), to Norfolk, Bury St Edmunds and Ipswich, as well as being just a 15 minute drive from Debenham, Eye is a great base for exploring Suffolk.

While you’re in the area why not explore… 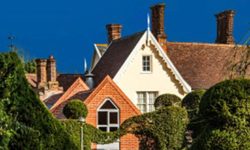 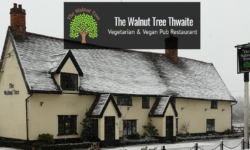 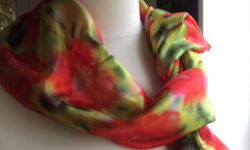