Bank Holiday May Activities in Somerset

Whether you’re looking to explore the outdoors, delve into the history of the county, or have fun at family attractions, Somerset is the perfect place to be. Here are some exciting bank holiday May activities in Somerset.

Located in the 12th century great hall of Taunton Castle, the Museum of Somerset explores 400 million years of history. There are nine themed galleries to discover, covering everything from the natural landscape and the very first settlers who came to Somerset, to how it gained a reputation as a rebellious county in the 17th century. Some highlights of the museum include the skull of the Banwell Bear from 80,000 years ago, the Low Ham Mosaic made in the 4th century AD, and the largest collection of English 17th century cauldrons and skillets hanging from the ceiling. For some fun May bank holiday events in Somerset, make sure to check the museum’s events page for a programme of exciting exhibitions and workshops.

Hidden beneath the Mendip Hills, this underground network of limestone caverns is a unique day out for the whole family. There are many different chambers within the caves, including Witch’s Parlour, the largest underground natural dome in the UK, and the Cathedral Chamber with its pretty colour variations. Visit the Cave Museum where you can see artefacts that have been excavated from the caves, including skulls, animal bones and flint tools. Head to the Victorian paper mill to see paper being made in the traditional way, and you can even have a go at trying it yourself. There are also a ton of other attractions like a penny arcade, pirate zap zone, adventure golf, a magical mirror maze and a 4D cinema.

This former motte and bailey castle is perched on a hilltop location in the village of Dunster. The castle has over 1,000 years of history to tell, from its role as a medieval stronghold to a comfortable family home belonging to the Luttrells. You can choose from a guided or self-guided tour of the castle to admire the lavish interior, learn about how the castle was used, and to hear about the grand parties that were held. Outside, the beautiful terraced gardens are waiting to be explored. You’ll find subtropical, Mediterranean plants beside the river, Victorian style flower beds and the Swan Pond which is home to goldfish and newt. Spring is the best time to visit the River Garden as you’ll see the magnolias come into bloom.

As the largest city in Somerset, Bath has a lot to offer. It’s a unique city where contemporary culture meets a rich history and heritage. You can’t visit Bath and not head to the Roman Baths, one of the best-preserved Roman remains in the world. Constructed in 70AD as a place to bathe and socialise, water still fills the bathing site today. Literary fans will love a visit to the Jane Austen Centre, the city’s most famous resident. Explore what it would’ve been like to live in Regency times, and dress up in period costumes. Head to the iconic Pulteney Bridge for a bit of shopping. Built in 1769, the bridge is one of four in the world to have shops across its full span on both sides.

Montacute House is a stunning Elizabethan mansion. Completed in 1601, the house was built for Sir Edward Phelips, whose descendents occupied the house until the start of the 20th century. Make your way through the house and admire the various rooms. In The Gallery, you’ll see a collection of over 60 Tudor and Elizabethan portraits on loan from the National Portrait Gallery. On the first floor, look out for The Garden Chamber, a bedroom with a quirky and unique addition – a plumbed bath hidden in a wardrobe. In the grounds there are two beautiful garden pavilions, an orangery, an ice house, walled gardens and a tearoom and cafe.

With dramatic coastal views, heather moorland, ancient woodlands and steep combes, it’s no wonder that Exmoor National Park is one of the most peaceful National Parks in the country. There’s so much to do, including walking, cycling, riding, stargazing, watersports along the coast, and exploring the many medieval towns and villages dotted around the area. Make sure to visit the Valley of the Rocks, a breathtaking section of coastline where you can climb the cliff tops for some spectacular views. Another great location is Tarr Steps, an ancient clapper bridge across the River Barle. 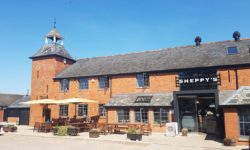 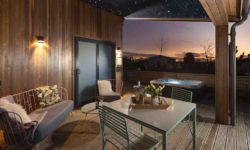 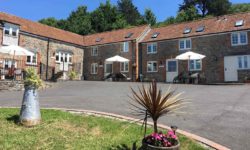 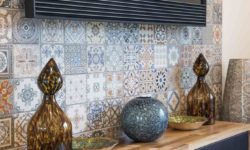 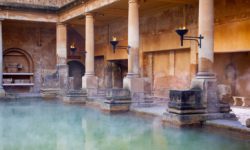