Things to do this Easter in Northumberland

Northumberland is the northernmost county in England and is full of sweeping views, fascinating history and fun days out. Here are some of the most exciting things to do in Northumberland this Easter.

Stretching for 73 miles, Hadrian’s Wall was built by the Romans in 122 AD. It ran from coast to coast, and was a defensive fortification marking the northwest frontier of the Roman Empire. There are many things you can do at this UNESCO World Heritage Site. Explore the remains of the many forts, towers and towns that ran along the wall, or visit galleries and museums to see rare artefacts and learn more about what life was like in Roman times. There are also several walking trails that pass through historic sites and beautiful countryside.

This tidal island off the coast of Northumberland has a history dating back to the 6th century AD. It was founded by St. Aidan, an Irish monk who brought Christianity to Northumbria and founded Lindisfarne Monastery on the island. Rising up from the rockface is Lindisfarne Castle, built in 1550. You can visit the castle and its garden, which was named ‘Garden of the Year’ in 2019 by Countryfile Magazine. Holy Island is a great place for wildlife watchers, and is home to a wide variety of birds and grey seals. The island is linked to the mainland by a causeway, and you can make your way to the island by car or local bus. Make sure to check the tide times beforehand.

This second hand bookshop in the market town of Alnwick sees over 350,000 visitors a year, and is one of the largest second hand bookshops in Europe. The name comes from the barter system that the shop uses, where customers can swap books for credit for future purchases, although regular cash transactions are also used. Set in the former Alnwick railway station, the bookshop has open fires in the original waiting rooms, a Station Buffet cafe, and a model railway that makes its way through the shop.

No list of Easter activities in Northumberland would be complete without a visit to Bamburgh Castle. Northumberland has more castles than any other county in the UK, and Bamburgh Castle is one of the most iconic ones. The site dates back to 547 AD, but the castle as we know it today has stood guard for over 1,400 years. The castle is full of extraordinary rooms, from the beautifully decorated State Rooms and King’s Hall, to the Armoury Collection and Library. There are plenty of things to do on the grounds as well, from the ruins of St Peter’s Chapel and a  windmill, to cannons and archaeological digs.

For a unique experience, head to Kielder Observatory in the Kielder Forest. The skies in this area are home to some of the darkest night skies in Europe, and is a great place to spot the Milky Way. The observatory holds public events where you can watch presentations, take a tour of the building and get taught how to use telescopes by experienced astronomers. This is a fantastic opportunity to use high tech instruments to spot the wonders of the night sky – comets, galaxies, planets and nebulae. 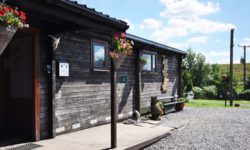 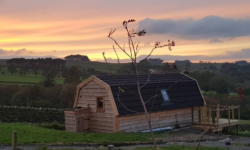 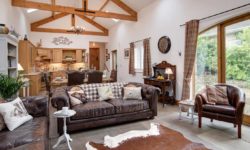 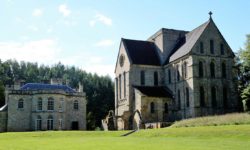 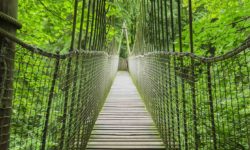 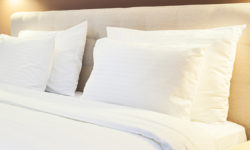