Things to do in Northumberland

Northumberland’s Heritage Coast is a recognised Area of Outstanding Natural Beauty. The county has a stunning natural landscape, featuring historically significant sites such as Hadrian’s Wall, which also runs through Cumbria.

Northumberland has an eclectic mixture of things to do, making it appealing to a wide range of people. Whether you are interested in historical sites, wildlife, high energy outdoor activities, or even investigating the paranormal, there is bound to be something to pique your interest. 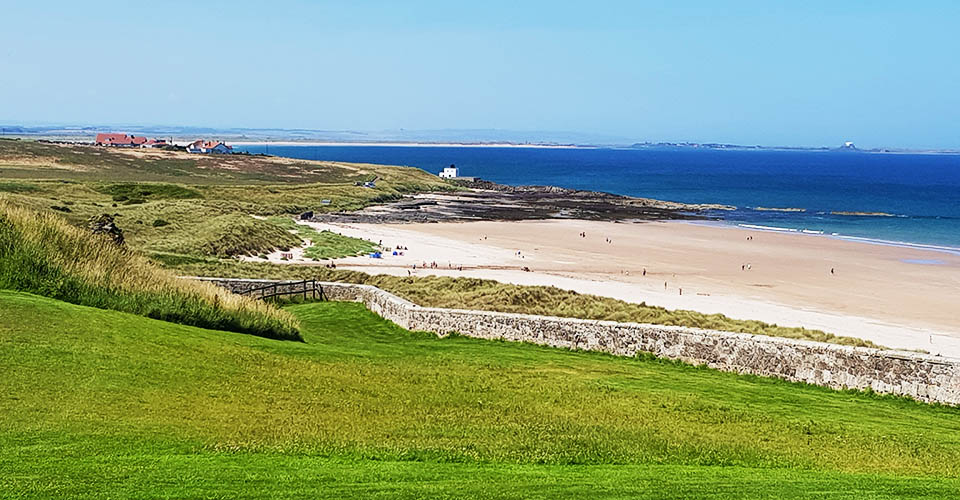 Chillingham Castle is a brilliant day out, even for those who wouldn’t usually consider visiting a historical site.

What makes Chillingham particularly interesting is that it has several contrasting personalities. Outside, the castle is surrounded by beautiful gardens, lakes, and fountains, but inside there are dark dungeons and torture chambers filled with terrifying tools.

Chillingham Castle is aptly named, as it is often referred to as Britain’s most haunted historic castle. Many ghost stories surround Chillingham Castle, including the story of the White Pantry Ghost.

The story goes that the precious silver was stored in the Inner Pantry, and a footman was employed to guard it at night. One night, the footman was suddenly confronted by a very pale lady wearing white. The footman assumed it was one of the guests at the castle, so when she begged him for water, he turned away to get it for her. As he turned, he realised that he was locked in, so there was no way a visitor could have entered…

There are still sightings today of a pale lady wearing white, and some suggest that the fact she was longing for water suggests that she had been poisoned.

If you are interested in hearing more about the stories surrounding Chillingham Castle, you can book a Ghost Tour, available all year round for over 16s. 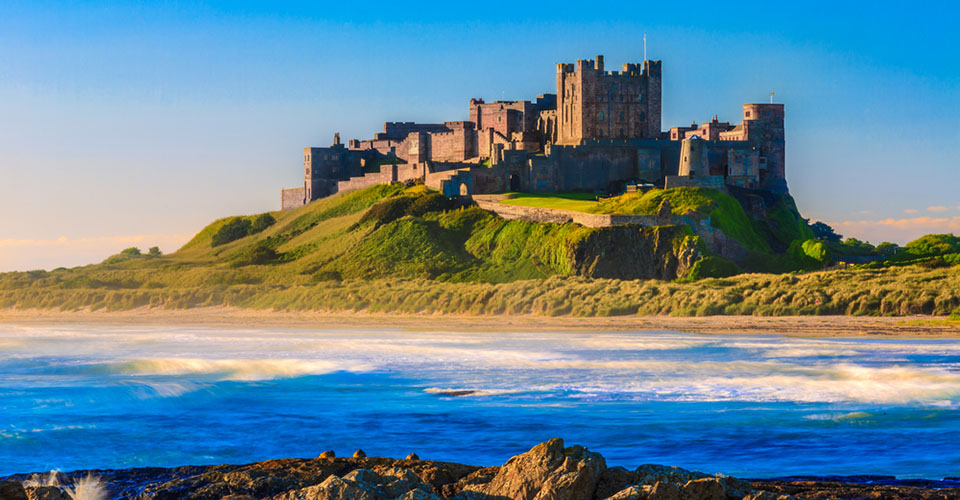 Bamburgh Castle has also collected several ghost stories over the years, including the legend of the Pink Lady.

The legend describes a beautiful Northumbrian Princess who lived in the castle centuries ago. She was deeply in love with a boy that her father disapproved of, so the King tried to separate them by sending the boy overseas for seven years.

To keep the two apart, the King claimed that the boy had married someone else. Upon hearing the news, the Princess plunged into sadness. In an effort to bring her out of it, the King ordered his seamstress to create a beautiful dress for the Princess in her favourite colour, pink. When the Princess received the finished dress, she put it on, climbed the staircase to the highest part of the castle, and threw herself to her death on the rocks below.

Soon afterwards, the boy returned home and learned of the death of the Princess. It is claimed that the ghost of the Princess returns to the castle every seven years, wearing her pink gown. She wanders through the castle and glides out to the beach to stare sadly out to the sea, waiting for her love to return… 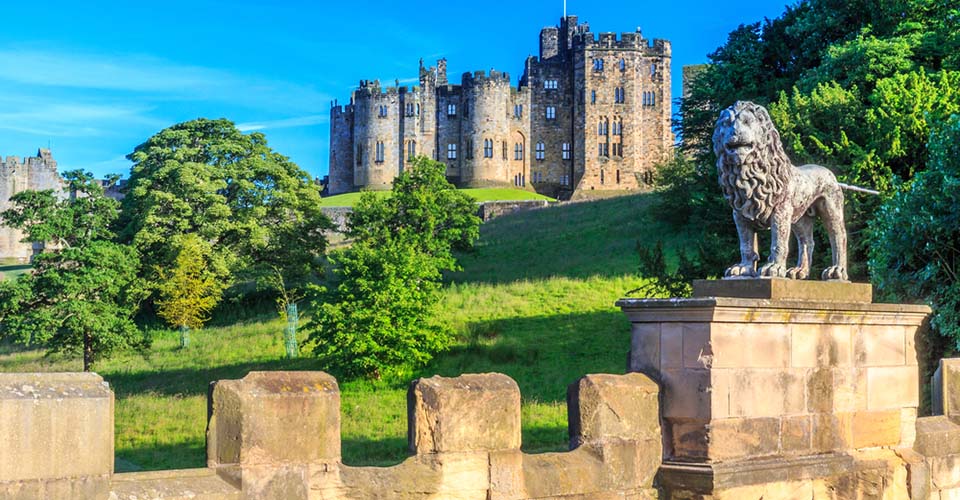 Alnwick Castle has been home to the Duke of Northumberland’s family for over 700 years. Whilst it doesn’t have any paranormal connections, it does have wizards.

The Outer Bailey area of the Castle was where Harry and his classmates learned to fly their broomsticks. You can follow in their footsteps by taking a Broomstick Training session on the same spot where Harry took his first lesson.

Don’t worry if you’ve never flown a broomstick before, the professors will guide you through all the basics, including mounting and dismounting, accelerating and decelerating, and cornering and manoeuvring.

Broomstick Training is free, but as you can imagine it is very popular- so make sure you reserve a time slot as soon as you arrive at the castle.

Adjacent to Alnwick Castle is Alnwick Garden. The garden consists of a large site, split into different areas including the Ornamental Garden, the Cherry Orchard, the Rose Garden, the Bamboo Labyrinth, the Poison Garden, and the Serpent Garden.

Here are some of the areas you won’t want to miss:

The Poison Garden was created by the Duchess of Northumberland to raise awareness about the dangers of drugs. It features plants such as hemlock, belladonna, cannabis, and tobacco. To get the most out of a visit to the Poison Garden, we recommend taking a free Guided Tour so you can learn about the plants.

One of the world’s largest treehouses sits amongst the treetops in Alnwick Garden. Obscured by leafy trees, hidden inside is The Treehouse restaurant.

Despite how it might seem from the outside, the Treehouse is very much wheelchair and buggy accessible, with walkways and rope bridges leading up to the Treehouse, where you will find an 80-seat restaurant, serving a seasonal and locally sourced menu.

The Treehouse restaurant is seriously romantic. At night, you can see it twinkling through the trees as it is lit up with fairy lights. Inside, trees grow up through the floor, and the main restaurant feels cosy and private despite its size. Right in the centre is a log fire, and there is often live music to accompany your meal.

Cragside is a Victorian house, which was originally the home of Lord and Lady Armstrong.

Lord Armstrong was an inventor with a keen interest in anything mechanical. He loved to take toys apart to see how they worked, and he even created his own inventions using materials he found around the house.

Lord and Lady Armstrong were both interested in Science and Engineering, and as a result their house was very technologically advanced for its time. Cragside even became the first house in the world to be lit by hydroelectric power.

The grounds are divided into several areas, including the Formal Garden, the Rock Garden, and the Pinetum, which features the UK’s tallest Scots Pine tree, standing at 40m high. 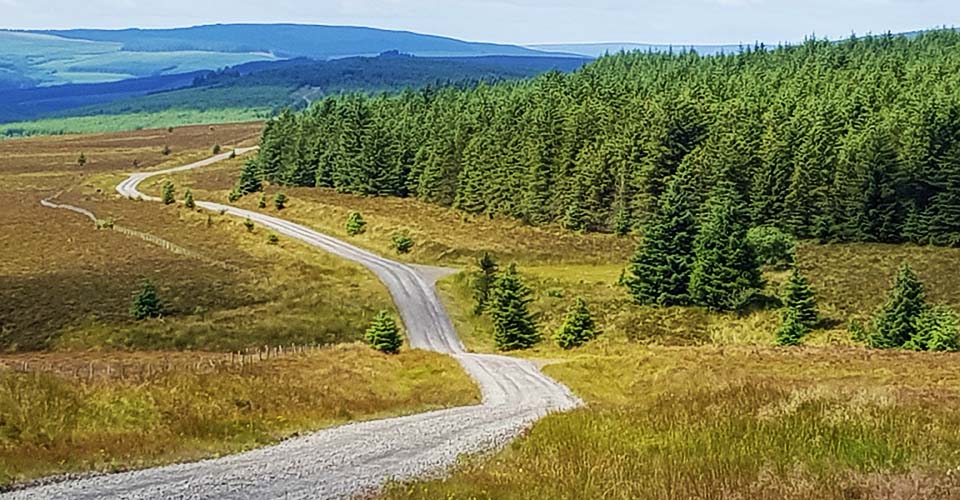 Kielder Water a huge man-made lake, so it is a great place to try watersports such as canoeing, sailing, and water skiing.

But if you prefer to keep your feet on solid ground, there are also plenty of outdoor activities. Calvert Trust Kielder provides a variety of drop-in activities for all different abilities, from orienteering and archery to climbing walls, high ropes courses, and a sensory room.

The skies over Kielder Water are particularly dark, making it an ideal location for stargazing. Budding astronomers can attend one of the stargazing events that are regularly held at the Observatory.

Over 60 birds live at the Birds of Prey Centre, including falcons, hawks, owls, eagles, and vultures. The centre offers a range of activities, such as flying demonstrations, hawk walks, owl experiences, photography days, and falconry courses. 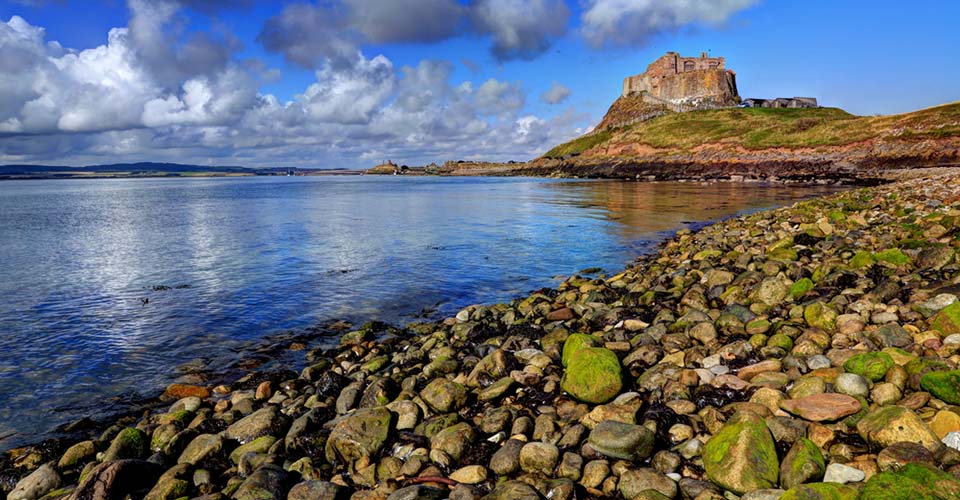 The Holy Island of Lindisfarne is located a few miles from Northumberland’s coast. Monks settled on the island in AD 635 and created the Lindisfarne Gospels, making it an important centre of early English Christianity.

Today, many visitors flock to Holy Island, either on pilgrimages or just to enjoy the walk. If you are planning on visiting, be aware that the island is cut off twice a day by the tide, so make sure you check the crossing times before visiting.

The Farne Islands are a cluster of around 15-20 rocky islands off the coast of Northumberland. The islands are a centre for wildlife, especially in the warmer months, so birdwatchers will have plenty to see. Sir David Attenborough once described Farne Islands as being his favourite place in the UK to see nature at its best.

Rabbits and puffins are some of the islands’ main inhabitants, using the same burrows at different times of the year. If you are planning on visiting the Farne Islands on a boat trip, it is worth bringing a pair of binoculars as you may be lucky enough to see grey seals along the way.

Back to Guides
Northumberland