A Guide to Plymouth

A Brief History of Plymouth

Plymouth, now a bustling port city in Devon, was once a small fishing town.

As its population began to increase and its port developed, Plymouth became a centre for fishing and a key gateway for trade with France and Spain.

In 1620, the Plymouth docks also became part of American History. The Pilgrims set sail on the Mayflower from Plymouth docks in the UK to Plymouth in Massachusetts. Here, they established the second English colony in the area that later became known as the United States of America.

Plymouth continued to grow and develop, both in trade, and as a naval base. It was awarded city status in 1928, and Devonport is now recognised as the largest naval base in Western Europe.

During The Blitz, Plymouth was one of the most heavily bombed places in England. Once the war was over, the city centre was re-built according to plans made by architect Patrick Abercrombie, whose designs led the way for the pedestrianised shopping streets we commonly see in cities today.

Attractions & Days Out in Plymouth 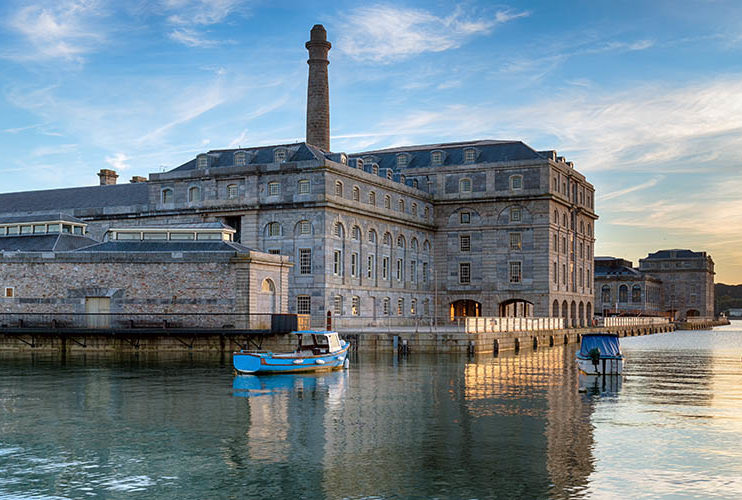 A creative hub for artists, Ocean Studios is located in Royal William Yard. Visit the gallery space, attend a workshop or event, or just relax with a cup of coffee in the cafe, taking in the creative atmosphere.

The National Marine Aquarium is the largest aquarium in the whole of the UK.  With daily talks, shows, VIP tours, events, and ‘Sleeping with Sharks’ aquarium sleepovers, it has something for all ages. It even houses Loola Land, an underwater themed soft play area – the perfect place for children to use up some energy on a rainy day.

IMAX at The Barcode

Cinema fans should head to The Barcode, where they can watch new releases with the latest technology on 4DX, IMAX, Superscreen, or ScreenX.

The Mayflower Museum tells the story of the Pilgrims’ voyage from the UK to the New World. With exhibitions spanning three floors, the museum makes an interesting and education day out. Don’t miss the intricate scaled down model of the Mayflower Ship.

Things to Do in Devon Attractions in Devon

Places to Eat & Drink in Plymouth 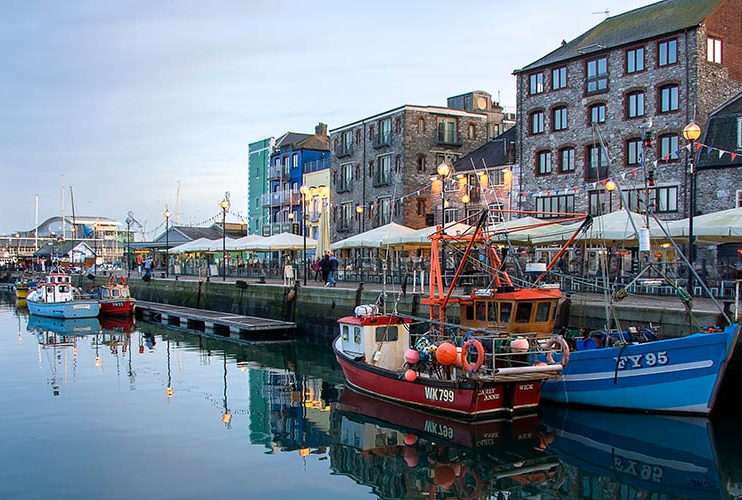 The Plymouth Gin Distillery is the oldest working gin distillery in England.

A must-visit for any gin fan, you can take a distillery tour, or visit the Refectory Bar to taste an expertly crafted gin cocktail.

During the Summer months, the large outdoor seating area on the terrace becomes a coveted spot to savour a meal and enjoy the fantastic views across the water.

Dishes are freshly made, from locally sourced ingredients, and the menu changes regularly to include seasonal produce.

Places to Eat & Drink in Devon

Places to Stay in Plymouth 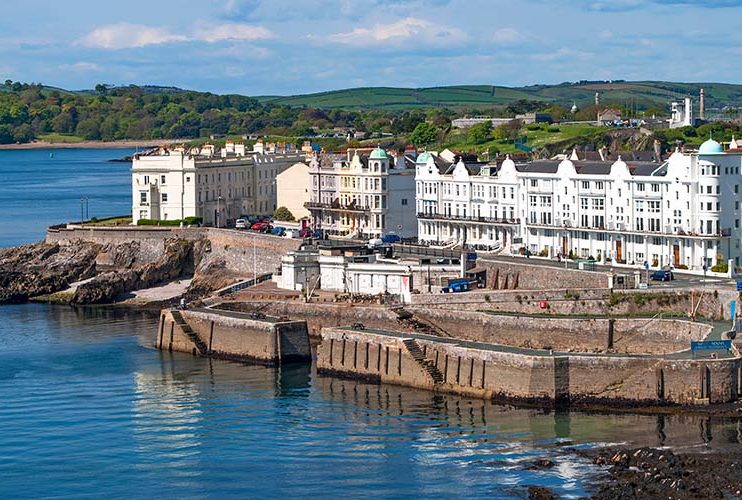 The Grosvenor Plymouth is a 40 bedroom Victorian hotel, with traditionally English charm and ‘business quality’ Wifi.

Rooms are booked on a bed and breakfast basis, and with just a ten minute walk to the seafront, you can be up, fed, and exploring Plymouth with ease.

Boringdon Hall is a luxurious five star hotel. Its name comes from the Saxon ‘Burth-Y-Don’, which means ‘enchanted place on the hill’. This is a great choice if you’re looking to get away for a relaxing break.

Glamping in Devon Places to Stay in Devon

For those looking to explore Britain’s ‘Ocean City’, the Plymouth Passage trail is a great place to start. This trail guides you from the woodland of Dartmoor National Park, through Plymouth, taking in the harbour, fish market, aquarium, and the historical Mayflower steps before heading on towards Salcombe.