A Guide to Bodmin

Bodmin, Cornwall is a historic town which was once the county town of Cornwall. Although it doesn’t lie on the main tourist trail, the town isn’t short of things to do. There are unique attractions, historic houses and vast stretches of countryside to explore. Bodmin is quite centrally located, so it’s a great base to explore the rest of Cornwall.

Things to do in Bodmin

One of the most popular attractions in Bodmin, this historic jail dates back to the 18th century. It operated for 150 years, and saw over 50 public hangings during this time. It is also noted as Britain’s first jail to put prisoners in individual cells. The jail itself was built by prisoners who brought 20,000 tons of granite from the Cuckoo Quarry in Bodmin. There is plenty to do as you wander through the corridors and discover the displays showing what life was like as a prisoner in Victorian Cornwall. Don’t miss the Execution Shed, a fully restored Victorian hanging pit and the only remaining one in the UK. Learn about the jail’s unique architecture, design and engineering, from the heating and cooling systems to the carved wood paneling. If you’re over 18, you can even spend the night at the jail and take a tour with a medium to discover the ghostly residents – if you dare!

Running between Bodmin Parkway to Boscarne Junction, the Bodmin & Wenford Steam Railway runs for six miles through scenic Cornish countryside. At Bodmin General, you can visit the workshop viewing area, where restoration and repair work is carried out on locomotives and rolling stock. Stop at any of the stations, which are all great spots to wander round and head off on a countryside walk. Operating between February and December, the trains also have special events throughout the season including ‘Steam Beer & Jazz trains’, ‘Murder Mystery Evenings’ and the festive Santa by Steam trains.

This magnificent Victorian country house makes for a perfect day out. There are 50 rooms to explore, where you can discover two sides of Victorian life: the kitchens, nurseries and servants’ quarters ‘below stairs’, to the lavish family areas, grand dining room and huge bedrooms ‘above stairs’. Have a go on the Steinway piano in the Long Gallery, and check out the secondhand bookshop and museum. Take a stroll around the gardens and admire the herbaceous borders, a formal parterre and higher gardens filled with vibrant blossoms. It’s also worth exploring the wider estate, with ancient woodlands and peaceful riverside paths.

Bodmin is situated in a great place to head outdoors and into nature. Bodmin Moor is one of Cornwall’s AONBs – a granite moorland stretching over 208 square kilometres. There are plenty of remains of prehistoric settlements to discover, including high granite tors, prehistoric hut circles and standing stones, and the more modern remains of mining and quarrying. The Camel Trail is another great place for a wander. It stretches for 17 miles alongside the River Camel, from Padstow to Bodmin. Walk, cycle or ride through seaside towns, countryside and the wooded Camel Valley. At Bodmin, the route meanders inland to the edge of Bodmin Moor in Blisland, a picturesque moorland village.

There are two museums to visit in Bodmin. The Town Museum is a great place to learn about the history of the town, all the way back to prehistoric times. As well as artefacts from the Stone and Bronze Ages, there are more recent items like an 18th century fire engine. There are some interesting displays which bring to life typical scenes in Cornish history, including a blacksmith’s forge and a common Cornish kitchen. If you’re more interested in warfare, the Bodmin Keep is an authentic Victorian Army Keep and former home of the Duke of Cornwall’s Light Infantry. Check out the impressive collection of historic weaponry, stained glass windows and Cold War era Regimental cells.

Browse Days Out in Bodmin

Places to Stay in Bodmin

Set amongst 180 acres of countryside, the Lanhydrock Hotel has everything you need for a luxurious and relaxing stay. There are modern and comfortable bedrooms, a fitness suite, and a bar and bistro offering relaxed dining with views over the golf course and surrounding countryside.

Set in a stone abbey dating back to 1411, this upscale B&B offers all the modern comforts while retaining the charm and character of its historic past. It’s located just outside Bodmin, with easy access to surrounding towns and countryside walks.

Browse Places to Stay in Bodmin

Places to Eat & Drink in Bodmin

The Hole in the Wall

Set in a former debtors prison, the restaurant takes its name from the way food was passed to prisoners through a hole in the wall. As well as serving a wide range of ales, ciders, wines and spirits, the pub also has a delicious menu of homemade pub classics.

No 4 Honey Street is a lovely little cafe for coffee, wine and tapas. It serves the finest single origin coffee, a fantastic choice of local and international wines, and a tempting selection of small plates and platters. 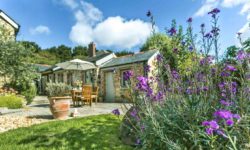 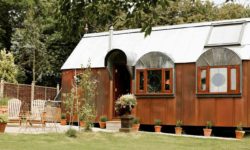 The Observatory – Frieda & The Moon 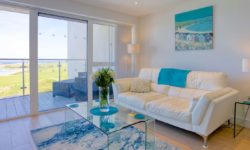 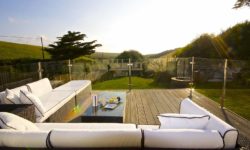