Liverpool On A Llama

This post was written by Connor aged 10, who entered our Young Persons’ Writing Competition 2020.

I would also like it if we saw a football match (preferably with Tottenham involved). As well as all of that I would love to see some of the places in the Beatles’ songs including; Penny Lane, Abbey Road and Strawberry Field. Another thing we could do is see the Royal Albert Dock which is where the Nazis bombed during the blitz in World War Two. At the same time I would be riding a black really, really cute llama called Fluffy who is very obedient and loves me.

I would take Mark (the dirty one), Grandad (the smart one), Bobby and Charlie (the cousins), Abe and Meeko (my favourite cuddly toys) and Mick (the uncle), so it could be a boy’s trip for a few days. I would let everyone invite and bring a friend so we could all be happy and also so if someone wants to go somewhere else they could go with their buddies. Everyone would be on a really cute llama of their choice of colour and name to ride.

I would go to Liverpool as it’s the home of the Beatles and I like the seaside. I would stay in the Joker Boat even though it’s a three star hotel because I love the fact that it’s one massive yacht moored in a port near the sea, plus it has free wifi.

My room would have a golden toilet with the best toilet roll, a huge bath with Ted Baker shower gel, shampoo and conditioner with bubble bath and a waterproof TV hanging over the bath and model ships that float in the bath and let’s not forget a rubber duck, a stable for Fluffy fit with a petting section, a water and food trough as well as a massive llama bed stuffed full of hay, the sofa, all of the cushions and the duvet in all of the rooms would be made out of the finest silk. Plus I would have a massive one hundred inch television in all of the rooms.

Fluffy would have a personal butler to him and another llama called Mimi to have for company. I would have a butler called Michael and a tailor called Andy who would make me silky suits and comfortable blankets and saddles for Fluffy. Everyone else would have a room just like mine and with a butler and tailor too (not all called Andy, Michael and Mimi because that would be weird, especially for Mick). Also, I’d have a maid that cleaned my room every time I went out for dinner.

I would go out for dinner every night and try out different restaurants as long as they had good food such as; tempura prawns, snails, frogs legs, steak and spaghetti and meatballs. I would only go to five or four point five star restaurants. I would love to go to a Beatles themed restaurant to finish my ultimate Liverpool on llamas experience! 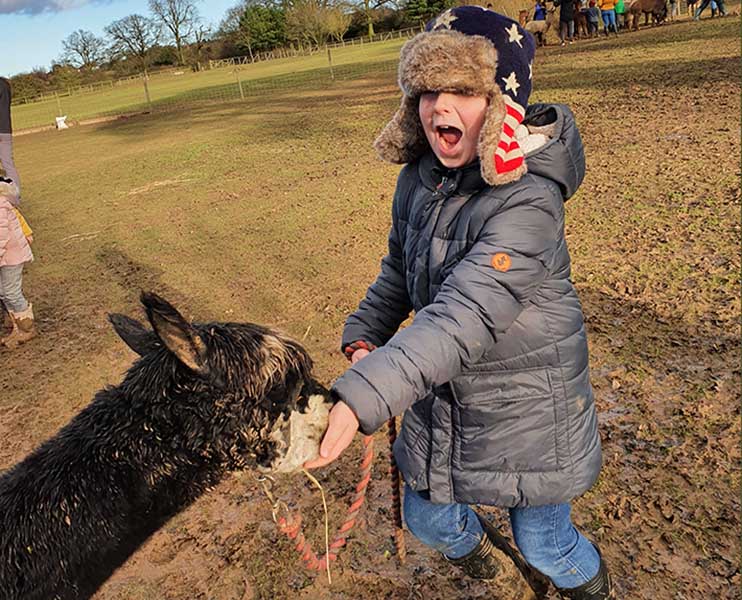