Things to do in Northamptonshire

Northamptonshire has a great choice of great of days out for all the family. Wicksteed Park is 148 acres with 40 attractions, rides and thrills that will keep the family entertained. Motorsports enthusiasts will love Northamptonshire – home to Formula One teams and the British Grand Prix at Silverstone. Rockingham Motor Speedway and Santa Pod Raceway at Wellingborough provide great opportunities to get up close with the motorsport action. Take a trip back in time to The Canal Museum housed in a restored corn mill at Stoke Bruerne where you can explore the history of travel on the canals and inland waterways. The Northampton & Lamport Railway is home to both steam and diesel engines and historic carriages.

There are a number of historic buildings, fortifications and castles in Northamptonshire. Rockingham Castle’s dominant position gives it views over five counties and the Welland Valley whilst outside there are 18 acres of gardens to explore. The ruins of Fotheringhay Castle indicate the birthplace of Richard III, born in October 1452. Geddington’s Eleanor Cross the best preserved and one of only three Eleanor Crosses that remain intact and mark the overnight resting place of the body of Edward I’s wife Eleanor of Castile on her return to London after her death in 1290. Naseby Field marks the site of the Battle of Naseby a cardinal battle in the English Civil War marking the beginning of the end for Charles I .

Northamptonshire – originally the county of hunting, spires and squires – has a large number of stately homes and colourful gardens open to the public. Perhaps the most famous is Althorp, the ancestral home of Diana, Princess of Wales. The house is stunning and contains art, paintings and the Diana collection, whilst outside there are 450 acres of parkland and a large lake. Lamport Hall is 17th century manor that houses a collection of rare books dating back to the 16th century, manuscripts and…. the first garden gnomes in the country! – the sole survivor can be found in the house. Kirby Hall is an Elizabethan house from the 16th century which featured in the 1999 screen adaptation of Jane Austen’s Mansfield Park. Other stately homes include Kelmarsh Hall, Cottesbrooke Hall and Gardens, Boughton House, Deene Park House and Southwick Hall. Garden lovers will enjoy Delapre Abbey Garden where 8 acres of gardens are set in 50 acres of parkland and offer a number of delights including sculptures, lake and a rock garden. Steane Park Gardens offer the visitor 80 acres of parkland woods, fishponds, bridges and the chapel of St. Peter.

Northamptonshire has a large range of annual events including the British Grand Prix at Silverstone, the Crick Boat Show and Waterways Festival, Northampton Balloon Festival, Rushden Cavalcade – a 3 day transport event and the World Conker Championships.

Browse more things to do in and around Northamptonshire 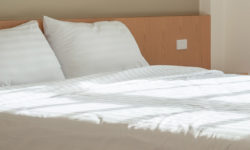 View Details
Back to Guides
Northamptonshire