A Guide to Cromer

Cromer, Norfolk is a seaside town and a traditional tourist resort. The town is well known for its broad sandy beaches, the pier and its variety shows, and its long established RNLI service. The town is a great place to visit if you’re looking for a more old school type of seaside resort, and there are plenty of things to do in Cromer to keep the whole family entertained.

Cromer is traditionally a fishing town, and is known for the Cromer crab, which is the main source of income for local fishermen. Initially, fishermen fished for herring, cod, crabs and lobsters, depending on the season. However over time, fishing habits have changed and these days the fishermen primarily bring in crabs and lobsters. In 2016, there were only around 10 crabbing boats remaining, so the Cromer crab truly is a specialty. Crabbing season usually begins in March and carries on until autumn. When the fishermen return to shore, the crabs are dressed and sold to local shops and restaurants. The Cromer crab is well known for its tender, white flesh, and is definitely worth trying while you’re here.

Things to do in Cromer

Although there are records of a pier existing as far back as 1391, Cromer Pier as we know it today was opened in 1901. The pier is one of five in the country that has a fully functional theatre, the Pavillion Theatre. It’s home to the world’s only full season end of pier variety show, and stages comedy shows, tribute acts and talks. At the pier, you can even try your hand at crabbing, and the gift shop has all the gear that you need for it. When you’re finished, pop into the pier cafe for some light refreshments, or grab a seat and watch the sunset.

There are several fantastic beaches around Cromer to be explored. Cromer Beach is the main beach, and carries on for miles. It’s divided by the Cromer Pier which separates the East Beach and West Beach. Cromer Beach has a Blue Flag award, and is flat and sandy, which is perfect for swimming. If you snorkel out to sea a little, you can see the Cromer Shoals Chalk Bed, which was formed when dinosaurs still roamed. At 20 miles long, it is the world’s longest chalk bed, often dubbed ‘Britain’s Great Barrier Reef’. If you’re looking for a quieter beach away from the crowds, head to Overstrand Beach which is only an eight minute drive away from Cromer. The wide, peaceful beach is part of the Norfolk Coast Path, and the clifftop walk from Overstrand to Trimingham has some breathtaking views.

Henry Blogg was one of the most decorated RNLI lifeboatmen, and served on the lifeboats in Cromer for 53 years. The museum was established to commemorate Henry, and tells the story of all the crew and the gruelling conditions they had to work in. The lifeboat HF Bailey is the most famous RNLI lifeboat from Cromer, and was involved in a heroic rescue led by Henry in 1941. The lifeboat rocked onto its side and the crew were forced to hang onto ropes off the side of the boat, which is now on display at the museum. Other collections in the exhibitions include Henry’s medals, films, photographs and paintings. There are also hands on activities for kids.

The Cromer Museum is the best place to learn more about the town. Delve into Cromer’s rich history as a fishing village, and peek into a Victorian fisherman’s cottage, complete with furniture and utensils. Come face to face with the North Norfolk fishermen through portrait photographs taken by Olive Edis, an esteemed Norfolk photographer. Learn how the village grew into a seaside resort, and about the scandal which broke out when mixed bathing was introduced. The museum also has a large collection of fossils, including the West Runton Mammoth, Britain’s most complete mammoth fossil.

Home to over 200 animals, the Amazona Zoo is a sanctuary for animals from South America. You’ll find big cats like jaguars and pumas, tropical birds like macaws and flamingos, and a ton of reptiles and spiders. The zoo works with conservationists and other zoos to protect wild species, and the animals at the zoo are primarily from breeding programmes of affiliated zoos. Amazona Zoo has an Education Yurt where children can learn fun facts about South America. There are also two play areas, as well as a gift shop and cafe.

Things to Do in Cromer

For a place to stay with a touch of luxury, The Grove Cromer is a great choice. This four star, award winning Georgian house boasts an orangery, an indoor heated swimming pool, landscaped gardens, and even a massage hut. Or if you enjoy glamping, why not stay in one of the five Mongolian yurts? To make your break a little more special, they also offer additional Hampers for Glampers – perfect for a treat.

For stunning sea views, you can’t go wrong with this clifftop hotel. Overlooking Cromer Beach, the Cliftonville Hotel has double, twin and family rooms, as well as a restaurant offering fine dining. It’s located within easy walking distance to the beach and pier.

The Red Lion is on Cromer seafront and overlooks the pier. The hotel has a traditional bar serving real ales, and a restaurant serving hearty meals made with local Norfolk produce. Choose from individually decorated doubles, twins or seaview suites.

Set in 35 acres of wooded parkland, the Links Country Park Hotel is set in a beautiful period building. As well as a range of different sized rooms, the hotel also features a restaurant, sports bar, indoor swimming pool, tennis court, gym and a golf course. West Runton station is a short walk away and has regular trains to Cromer.

Places to Stay in Cromer

If you’re in need of home cooked comfort food, then this family run restaurant is the place to be. Serving dishes like shepherd’s pie, homemade soups and chilli con carne, The Garden Street Grill gives you big portions that don’t put a dent in your wallet.

If you’re looking for a unique dining experience, it doesn’t get any better than Hot Rocks. Fresh seafood and steaks are available for you to cook to your own liking on hot volcanic stones. Make sure to try the famous Cromer crab sandwich while you’re here.

Fish and chips are a staple of any seaside town, and No1 Cromer do them well. They also serve contemporary international dishes on the second floor, with views straight out to sea.

Places to Eat & Drink in Cromer 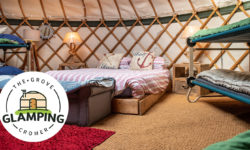 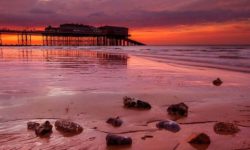 The Promenade, Cromer, Norfolk, NR27 9HE 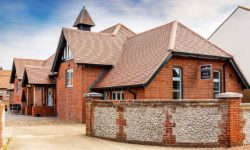 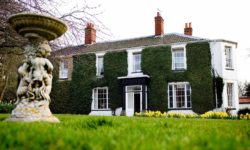 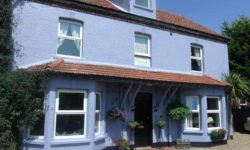 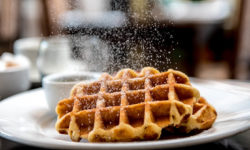 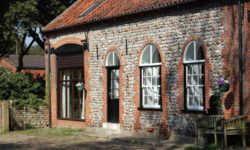 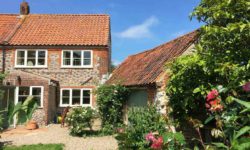 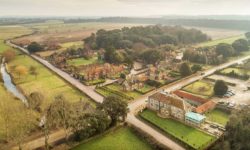 View Details
A Guide to Great Yarmouth A Guide to Norwich Fetes, Fairs, & Shows in Norfolk Things to Do in Norfolk
Norfolk