Things to do in Leicestershire

Leicestershire has a wide choice of great of days out for all the family. Budding astronauts will enjoy the National Space Centre with the UK’s largest planetarium, interactive displays, a museum and the 42m high Rocket tower. Charnwood Museum is an attraction for all the family, whilst the Foxton Canal Museum, with the largest flight of staircase locks in England is a fascinating centre where you can discover the history of canals, locks and waterways.

There are a number of historic buildings, fortifications and castles in Leicestershire. Ashby-de-la-Zouch is a ruined castle with impressive architecture where you can climb the Hastings tower for views across the town. Kirby Muxlowe Castle is an unfinished 15th century mansion house with an extensive moat. The almost fairy tale Belvoir Castles stands atop a hill providing fantastic views across the Vale of Belvoir – on certain days you can tour the castle, enjoy the grounds and enjoy the delightful tearoom and the programme of events held throughout the year. Rockingham Castle at Market Harborough is another stunning castle with outstanding views and landscaped grounds.

Leicestershire has a number of stately homes and glorious gardens open to the public. Stanford Hall on the banks of the River Avon has a number of fine collections, including art, furniture and costumes, whilst outside the gardens are also home to a rose garden. The small 13th century manor house of Donington-le-Heath Manor is one of the oldest houses in Leicester and has an interesting past – once owned by a Gunpowder ploy conspirator and also hosted Richard III en route to the Battle of Bosworth. The Bosworth Field Heritage Centre provides access to the site and a host of exhibits. The grounds at Long Close Gardens includes terraces, pools and a colourful display of rhododendrons.

There is plenty to do from a sporting perspective with the football team, Leicester City, known as the Foxes winning the Premier league in 2016/17, rugby union played by the Leicester Tigers, Leicestershire County Cricket Club, two basketball clubs and a speedway team.

Looking for some retail therapy? Then take a visit to shopping centres of Highcross, Beaumont, Fosse Park or try some of the individual boutiques and shops in Leicester. Leicester is also well known for Leicester Market – a great outdoor market where you can pick up all manner of different foods from around the world.
Leicestershire’s famous names include former footballer Gary Lineker and writer Sue Townsend whilst the package holiday was born when Thomas Cook organised a return trip from Leicester to Loughborough in 1841.

Leicestershire has a large range of annual events including the Leicester Comedy Festival at various venues in the county, the East Midlands Food & Drink Festival, Leicester Riverside Festival, the Belvoir Flower & Garden Festival and the Diwali celebrations.

Leicestershire’s famous food includes Stilton and Red Leicester cheese, pork pies – for which Melton Mowbray is well known and Walkers crisps, whilst there are a number of major Indian food manufacturers in the county.

Browse more things to do in and around Leicestershire 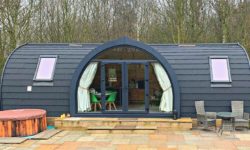 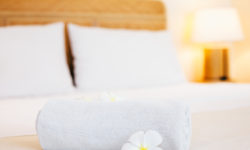 View Details
Back to Guides
Leicestershire