Things to do this Easter in Lancashire

Whether you’re wanting to explore the great outdoors, jump into history or relax at the seaside, Lancashire has it all. These are some of the best Easter activities in Lancashire to help you make the most of the county.

Things To Do in Lancashire

No list of things to do in Lancashire this Easter would be complete without a visit to Blackpool Pleasure Beach. This seaside resort is known for its amusement park which is one of the most visited tourist attractions in the UK. There are 125 rides and attractions, including the UK’s only Nickelodeon Land. Ride with your favourite characters like Spongebob, Dora and the Rugrats. If you dare, step onto one of the many roller coasters like the famous Big One and the Big Dipper. If you prefer something a little less hair-raising, there is also a huge range of entertaining shows and events for the whole family.

Pendle Hill is well known for its link to the witch trials of 1612. At 1,827 feet above sea level, it rises above an ancient hunting ground and little villages which were once home to the Pendle Witches. The witches were executed on the surrounding moors after being found guilty of witchcraft at Lancaster Castle. Pendle Hill is also known for two other significant events in the 17th century – Richard Towneley’s barometer experiment and George Fox’s vision which led to the Quaker movement. There are many ways to explore the area, including cycling and walking routes in the area, including the long distance Pendle Way.

This medieval castle dates back 1,000 years and is chock full of fascinating history. Aside from being a castle, it also served as Europe’s longest serving prison until 2011. The castle is particularly notable for its courtrooms which have seen a multitude of notorious trials, including the famous Pendle Witches in 1612. Guided tours of the castle are available and will take you on a journey through crime and punishment, witchcraft, religious persecution and rehabilitation. Step into one of the cells, or stand in the dock and experience what it was like to be sworn in.

Haworth Art Gallery is the former retirement home of textile manufacturer William Howarth in 1909. It became an art gallery in 1921 and is notable for the largest collection of Tiffany glass outside of America. There are four themed rooms in which to admire the glass. Highlights include the collection of over 70 vases, jewels and mosaics, as well as impressive collection of 19th century oil paintings and watercolours. There are some beautiful views from the garden and a cosy restaurant and tea room.

Blackpool’s South Beach is home to Sandcastle Waterpark, the UK’s largest indoor waterpark. There are over 18 slides and attractions, including white knuckle rides for thrill seekers. Adults can relax and re energize in the Sea Breeze Spa which includes a sauna, steam room, aromatherapy room, salt inhalation room and foot spa. Little ones will enjoy playing on the Carribean Storm Treehouse, an fun, interactive play area. The waterpark also has arcade games, bars and cafes. 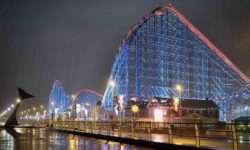 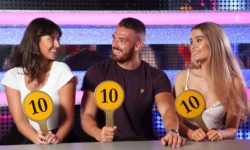 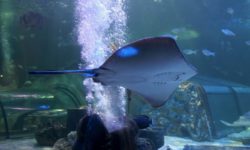 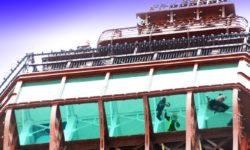 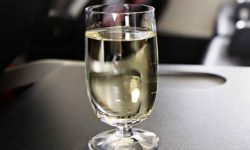 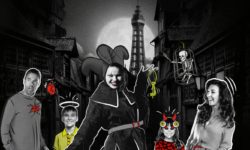