Things to do in Herefordshire

Hereford is popular with visitors to the county, take in the various museums – Hereford Museum & Art Gallery located in a Gothic building which conveys the story of the local area and includes many artefacts, The Old House – a museum of local life in the Jacobean era and the Violette Szabo Museum just outside Hereford at Wormelow, tells the story of the World War II Special Operations Executive volunteer. The military have long associations with the area, it is the home of the SAS. Other popular attractions in the city include Hereford Cathedral where you can see one of only four surviving copies of the 1217 Magna Carta and the Hereford Mappa Mundi – a medieval map of the world, housed in the chained library and nearby you will find the statue of composer Edward Elgar. Last but not least is the Hereford Cider Museum, housed in an older cider factory – don’t forget to check out the merchandise!

Herefordshire is packed with a number of days out including The Waterworks Museum, The Time Machine Museum, the historic Eardisland Dovecote, Herefordshire Light Infantry Museum and the fairy tale Eastnor Castle with deer park and arboretum. Take the black and white village trail taking in north west Herefordshire, Leominster and Kington to see the mainly timber framed houses, with houses dating from the 16th century and earlier. Elsewhere Hay-on-Wye is world famous for books and antiques – with over 30 shops there is plenty to browse.

Herefordshire’s England / Wales border position has given rise to a stock of castles, particularly along the River Wye. The red sandstone ruins of Wilton Castle is found in a stunning setting – particularly in Spring when daffodils fill the moat. Hampton Court Castle & Gardens [ note – not Hampton Court Palace! ] is a 15th century castle sat on the banks of the River Lugg – both the castle and gardens with canals, kitchen, sunken and Dutch elements make for a stunning venue to visit. Kinnersley Castle, Wigmore Castle, Longtown Castle, Goodrich Castle and Stapleton Castle & Gardens are also in the county.

The countryside of Herefordshire is a magnet for those looking to enjoy the outdoors – whether it is walking, trekking, climbing or cycling there are miles of Herefordshire to explore. The River Wye, the fifth longest in the United Kingdom attracts canoeists, kayakers and anglers all keen to enjoy the river. On the river you will find the Wye Valley Walk and some rapids at Symonds Yat – watch out for the wildlife that includes herons, kingfishers and one of Britain’s most well established otter populations.

Herefordshire has a large range of annual events, many of them with a rural or agricultural theme including the Ross Beer Festival, Beer on the Wye, Herefordshire Walking Festival, h.Art, Borderlines film festival, Hereford Food Festival and Three Choirs Festival.

The county is well known for a range of food and drink including cider made from the apples and pears grown in over 800 orchards in the county, potatoes, dairy produce the world famous Hereford cattle. Visitors can explore the Cider Route taking in numerous cider producers.

Browse more things to do in and around Herefordshire 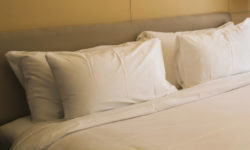 View Details
Back to Guides
Herefordshire