Things to do in Greater Manchester

Greater Manchester has a wide choice of great of days out to keep all the family entertained. The city is home to a collection of eight museums – the Greater Manchester Museum Group including The Lowry at Salford Quays and Gallery Oldham where you can some of Picasso’s work. The Museum of Science and Industry is a platform for the part Manchester has played in the growth of science. Other museums nod to the industrial heritage of the county, with Stockport’s Hat Museum housed in a restored mill the only UK museum dedicated to the hat industry.

The arts, film and music industry is a feature of Greater Manchester and you will find many theatres, galleries and gig venues across the region, particularly in the city of Manchester. The areas has had a vibrant youth culture for many decades following bands like The Smiths and the opening of the Hacienda Club. It is also home to Granada TV studios and Coronation Street.
The wealth from trade led to fine examples of architecture like the Corn Exchange, Cathedral, Town Hall, John Rylands Library. For a step further back visit the original Chethams School of Music or The Shambles are worth exploring.

Greater Manchester has a number of important houses, stately homes and glorious gardens open to the public. Dunham Massey Hall is an 18th century house where you can tour rooms, relax in the historic features of the gardens and visit the 400 year old working sawmill. Lyme Park at Stockport is a magnificent setting featuring an outstanding house, a 17 acre high garden and nearly 1400 acres of moorland, woodland and parkland. The house has featured in Pride & Prejudice – the lake was where Mr Darcy emerged to encounter Elizabeth Bennett. Other properties include Bramall Hall near Stockport, Ordsall Hall in Salford, Smithills Hall near Bolton, and the Worsley Packet House on the banks of the Bridgewater canal.

The county its part in the world’s great footballing rivalries – the city is divided between the Red Devils of Old Trafford’s Manchester United and the blue “noisy neighbours” Manchester City of the Etihad Stadium, whilst both clubs enjoy fierce competition with Liverpool Football Club at the other of the East Lancs Road. Wigan Athletic, Bolton Wanderers, Rochdale, Stockport City, Oldham Athletic, Bury, F.C. United of Manchester and Salford City complete the line up of professional football clubs in the county. Lancashire County Cricket Club play at Old Trafford with is also an international Test match venue. Rugby League is a popular sport in the county with the likes of Salford, Wigan and Leigh amongst the teams. Other sports include basketball, speedway and indoor cycling at the Manchester Velodrome.

Browse more things to do in and around Greater Manchester 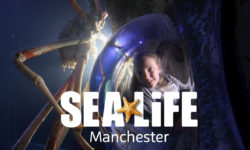