Bank Holiday May Activities in Cambridgeshire

Cambridgeshire has miles of lush countryside, cathedral towns and exciting attractions. There is so much to see and do in this county, whether it’s indoors or outdoors. Here is our guide to some of the best bank holiday May activities in Cambridgeshire.

Punting is a classic pastime in Cambridge, and is one of the best ways to see the city. Glide down the River Cam and see some of the most historically important sites in the city. Spot iconic spots like King’s College Chapel, the Mathematical Bridge and the Bridge of Sighs. You can hire a punt if you want to explore on your own, but if you’re a first timer then it’s recommended that you hire a chauffeur-driven punt. This way, you’ll get to learn about the history of Cambridge and listen to interesting and bizarre stories about the city. You won’t have any problem choosing a punting company, as they’re dotted all around Cambridge.

This Anglican cathedral in the city of Ely dates back to 1083. It’s noted for its rich architectural history, including the unique 14th century octagonal lantern tower, the 13th century quire and the 14th century Lady Chapel. There are a number of guided tours on offer, including ground floor tours, monastic tours where you can follow in the footsteps of medieval monks, and tower tours which offer spectacular views over the city. The cathedral is one of the few remaining that have resident choristers, and the choir often puts on concerts and recitals. Ely Cathedral is surrounded by stunning parkland and gardens, the ideal spot for a picnic.

IWM Duxford is Britain’s largest aviation museum, and a branch of the Imperial War Museum. It’s home to over 300 aircraft, military vehicles, artillery and minor naval vessels in seven main exhibition buildings. You’ll be able to get up close and personal with Spitfires and Hurricanes, see a part of the original Wright Brothers plane, step onto Concorde and admire the fastest jet ever built, the SR-71 Blackbird. The site also has a live airfield where you can see historic planes take to the skies. Find out more about the role of the site during both world wars, and listen to stories from people who were involved in Dunkirk and the Battle of Britain.

Wandlebury Country Park is a beautiful countryside estate nestled between the Gog Magog Hills, just south of Cambridge. It’s perfect if you’re looking for a family friendly day out in nature, with plenty of things to see and do. You’ll find eight miles of marked trails which wind through 110 acres of woodland and lush meadows – don’t forget to wave at the grazing Highland cattle. A little further north is Beech Avenue, a 400 metre long avenue of beech trees which take you to a historic Roman road. Head south for lovely views of Magog Down, a range of low chalk hills. The park is a great place to run around in, with a den building area, a games field and a wildlife viewing hide. Check out the historic buildings, including Tadlow Granary, an agricultural building from the 15th century, and the remains of a 5th century Iron Age Hill Fort.

Wisbech is a market town also known as the ‘Capital of the Fens’. It’s a lovely place for a day out, with lots of interesting things to see. The town is full of fashionable Georgian architecture, left behind from when the town was a flourishing trade centre. Take a walk along the Brinks or round the Crescent to take in the beautiful buildings. Elgood’s Brewery is another example of Georgian architecture, and has remained unchanged for over 200 years. Take a brewery tour to sample their award winning real ales. For some culture and history, check out the Wisbech & Fenland Museum and the Octavia Hill’s Birthplace House museum, or catch a show at the Angles Theatre. Head out for a walk into the unique landscape of The Fens.

For educational and exciting May bank holiday events in Cambridgeshire, a trip to this interactive science museum should be on your list. Full of hands-on activities, workshops and inspirational shows, it’s a great place to get stuck into discovering our world. From learning about coding, to fossil rubbing workshops, there’s something for all ages and interests. The centre houses a permanent exhibition on everything from cells to survival, as well as a range of engaging science shows which happen regularly. 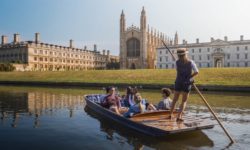 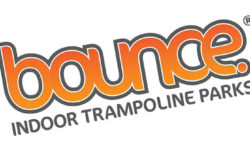 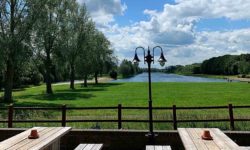