Things to do in Berkshire

Berkshire has a fantastic choice of great of days out for all the family. Visit the Legoland Resort to experience the thrills of rides and attractions and see the Lego models. Windsor Castle, the oldest and largest occupied castle in the world is a famous attraction and home to over 900 years of royal history. You can tour a number of the magnificent state apartments, semi state rooms and a climb of 200 steps is rewarded with views across the county. The Living Rainforest at Newbury is great for discovering the plants and animals that live in the rainforest – watch out for the lizards!

Berkshire has a number of important houses, stately homes and glorious gardens open to the public. Highclere House is an imposing mansion with impressive state rooms standing in grounds containing magnificent cedar trees. The house has gained more prominence with the public following the TV series Downton Abbey. Berkshire Downs is home to Ashdown House a 17th century house where inside you can find a grand old staircase – though it is worth checking the opening times before heading off. Outside there are 500 acres of grounds to explore including downland, woodland and parkland. Other houses include Basildon Park, Englefield House, Taplow Court and Shaw House. The gardens at Welford Park are famous for the display of colour in the Snowdrop Woods. Close to Windsor you will find Savill Gardens – 35 acres of colour and Valley Gardens with its display of rhododendrons, azaleas and camelias.

Crossing points and trade along the Thames led to many villages worth exploring like Pangborne.

There is plenty to do from a sporting perspective with Reading Football Club, the River Thames hosting rowing events, Newbury racecourse, ice hockey, rugby union’s London Irish and the Royal County of Berkshire Polo Club.

Looking for some retail therapy? Then take a visit to Windsor Royal Shopping Centre on the site of an 1850’s railway station – you can still see Queen Victoria’s royal waiting room, Parkway Shopping Centre at Newbury and the Lexicon at Bracknell.

Berkshire has a large range of annual events including The Royal Ascot Festival, Reading Festival, The Royal Berkshire County Show, the Royal Windsor Horse Show and the Newbury Spring Festival.

Browse more things to do in and around Berkshire 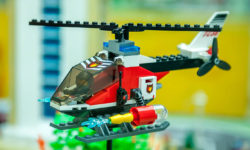