A Guide to Ipswich & Things to do

It’s Suffolk’s county town and steeped in old English history, but is there really much more to Ipswich than meets the eye?

Wander along the High Street of any UK town these days, and you’re in danger of feeling like you’re you could be anywhere as the retail experience looks pretty much the same all over, with chains and coffee shops dominating.

You’ll see the same shopfronts screaming back at you no matter how far you’ve removed yourself from your normal stomping ground.

But, cast your eye a few feet upward, and that’s where a town like Ipswich leaps into a class of its own.

Unlike many of its other modernised town centre siblings, Suffolk’s county town still proudly boasts many ancient and attractive buildings.

Ipswich is enjoying a major regeneration at the moment, with the waterfront and the town itself bringing modern homes, things to do, and eateries, but she still holds on to her roots.

Perhaps her proud associations with the likes of Cardinal Wolsey are a huge part of that historic pride. It was Thomas Wolsey, the son of an Ipswich butcher, who was born in the town in 1471, and went on to become the Cardinal and Lord Chancellor to Henry VIII. Still in the town today as a symbol of his affection for his birthplace, lies the creation known commonly as Wolsey’s Gateway.

Barely an hour’s train journey from the heart of London, Ipswich is viewed by city-dwellers as a very “acceptable” and accommodating bolthole. Along with waterfront apartments, the 4 star Salthouse Harbour Hotel and 2 AA Rosette Restaurant, and loft-style living in converted factories, more retail, entertainment and business opportunities have come to light in recent years. A few chain cafes now find their place among independent boutiques, salons and prestigious jewellers, but Ipswich still has many independent restaurants and shops. Several combine the historic charm with cutting edge cuisine – Mariners fine dining French restaurant on board an 1899 Dutch boat down in the Marina is another. The Maple Restaurant at Greshams in Ipswich is open 7 days a week and offers freshly prepared favourites from Bacon and Courgette Tagliatelle, to an extensive Burger Bar, plus a weekly changing dessert menu, Sunday carvery, children’s menu and a delicious afternoon tea including a gluten free option. You won’t go hungry in Ipswich!

The town’s port is still a major note of significance in British industry – and when combined with Harwich and Felixstowe, is second in Europe only to Rotterdam by scale.

Suffolk is known for its great selection of markets, and Ipswich Market is no exception. Held every Tuesday, Thursday, Friday and Saturday, it offers a vast range of food, crafts, clothes and other delights. Ipswich Market was awarded the Best Small Market of the Year 2010.

Ipswich has a thriving arts and culture scene, being home to a number of theatres such as The New Wolsey Theatre, offering plays, musicals, workshops and courses, the Red Rose Chain, an independent film and theatre company, DanceEast, a regional dance centre which holds regular national and international performances based in Ipswich Marina. The Ipswich Regent & The Corn Exchange are both venues hosting big name comedians, live music, theatre shows, dinner dances, balls and more.

Ipswich was granted its first Charter in 1200.

Ipswich’s Ancient House dates back to the 15th century and is rumoured to have been the hiding place of Charles II after his defeat in the Battle of Worcester in 1651.

The Cornhill has been the centre of town life since medieval times. It was here in about 1555 that the Ipswich Martyrs were burnt at the stake for their Protestant beliefs.

George II, King Louis XVIII of France and Lord Nelson have all stayed at the Great White Horse Hotel – as has Charles Dickens.

The Town Hall was built in 1868. Above the entrance porch are statues representing Commerce, Justice, Law and Learning, and Agriculture.

Christchurch Mansion was the site of the Augustinian Priory of the Holy Trinity founded in the twelfth century.

The Round Pond and Wilderness Pond are fed by natural springs and supplied the monks with carp, tench, roach and gudgeon.

In 1536, during Henry VIII’s reign, the Priory was suppressed and it’s estates seized by the Crown.

Paul Withypoll, a successful London merchant, bought the site in 1545 and in 1548 his son Edmund began to build a house on the ruins of the Priory.

Jimmy Doherty based his TV series, Jimmy’s Farm, on his farm in Wherstead, just outside of Ipswich.

The Grandma statue on the corner of Princes Street and Queen Street commemorates the famous cartoonist Carl Giles, and is designed to be looking up at the office where Giles worked for many years. 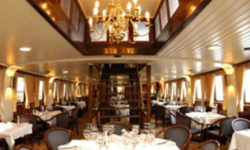 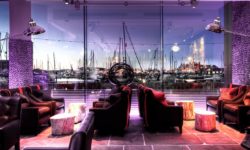 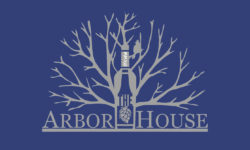 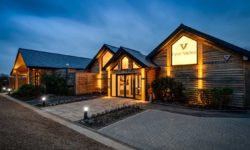 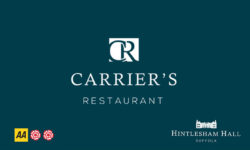 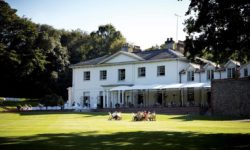 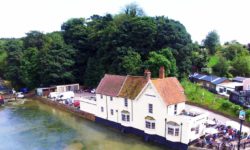 The Butt and Oyster 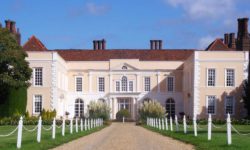 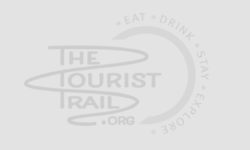