Kent has been nicknamed the Garden of England for hundreds of years due to its rolling hills, fruit orchards and fertile land. Unfortunately, rainy days aren’t ideal for exploring Kent’s great outdoors, but fear not – there are still some exciting indoor activities you can do. Here is our guide to rainy day activities and things to do in Kent.

Kent is home to some of the most impressive historic houses and castles which span almost a thousand years of history. Exploring these places is fun for the whole family on a rainy day.

Leeds Castle has been called the “loveliest castle in the world”. A castle has prevailed on the site since 1119, but the castle as it is now dates back to the 19th century. It’s one of the most picturesque castles in the country, and is built over two islands on a charming lake. You can take audio tours of the castle to explore the beautifully restored rooms, as well as special behind the scenes tours. There is a range of workshops you can join on topics like photography, painting, floristry, and events like falconry displays.

Walmer Castle and Gardens was originally built as an artillery fort by Henry VIII between 1539 and 1540. Over time it transformed into a stately home for notable people including the Duke of Wellington and Queen Elizabeth the Queen Mother. Using a multimedia guide, make your way round the castle and listen to stories of past residents. Visit the Wellington Room and see what it would’ve looked like during his 23 years at the castle – you can even see the armchair where he died! The castle has a collection of impressive gardens including the beautiful Queen Mother’s garden. If the weather is miserable, you can admire the gardens from the tea room and glasshouse cafe to enjoy some light lunches and homemade cakes.

If you’re looking for active things to do when it’s raining in Kent, then grab your trainers and head to an indoor climbing zone. There are several to choose from in Kent and each offer an exciting experience.

Chimera Climbing in Royal Tunbridge Wells is a bouldering gym established and run by local Kent climbers. Anyone from the age of five upwards can enjoy the centre and there are different angled walls to suit all levels. It also has a training area with campus boards, fingers boards, a 40 degree wall and other facilities. You don’t have to worry about equipment either, as their inhouse shop has everything you need including chalk, tape and clothing. Chimera Climbing has a cafe where you can grab a snack or drink.

The Climbing Experience in Maidstone is another great place to go indoor bouldering. Set over 25,000 square feet, this is the largest indoor climbing centre in Kent. It’s open to anyone aged four upwards and caters for all levels, from beginners to professionals. If you’ve never been bouldering before, try out the Fun Wall area for an introduction to climbing. It has 15 different challenges to choose from to help you develop your climbing skills. The centre also has a 30m competition wall, a cave, a great deal of slab and two standalone boulders. For something a little different, join one of the fitness classes on offer, including yoga, zuma, hapkido and bootcamp.

Clip N Climb in Tonbridge has 33 individual and multi climber wall challenges with different designs and difficulties. Anyone aged four upwards can join in and the experience includes a half hour induction session which includes a harness fitting and safety briefing. You have a full 55 minutes in the climbing area before leaving the arena. For some light refreshments, head to the Summit Cafe. Clip N Climb runs calm and quiet sessions for children with autism and special needs, every Thursday afternoon outside of the school holidays.

Kent is lucky to be home to several excellent theatres. With such a wide range of entertainment on offer, it’s worth taking shelter from the rain and heading indoors to enjoy a performance.

The Marlowe Theatre in Canterbury is one of the best performing arts venues in the county. It was previously housed in different buildings in the city where it hosted the world premiere of A Canterbury Tale in 1944. The theatre closed from 2009 to 2011 where it underwent a massive redevelopment. It’s now better than ever, with an extensive programme of concerts, dramas, musicals, contemporary dance shows, ballets, operas, comedy shows and children’s performances. The venue often sees performances by big names like the National Theatre, Northern Ballet and the Glyndebourne Opera. The theatre has an exquisitely decorated interior and can seat up to 1,200 people. Why not come for a pre-show meal and enjoy the seasonal menu at The Green Room.

The Hazlitt Theatre in Maidstone was named after the essayist William Hazlitt who was a Maidstone local. The theatre opened in 1955 and presents a wide range of entertainment, including professional drama, local community theatre groups, stand up comedy, dance and music shows. If you’re interested in dance performances, the theatre often hosts the Vienna Ballet Company. The Hazlitt also home to the Hazlitt Youth Theatre who write their own plays as well as perform hit plays. The Hazlitt is a traditional proscenium arch theatre seating up to 353 people and there is a licensed bar offering refreshments.

Trinity Theatre in Royal Tunbridge Wells is set in the former Holy Trinity Church. The church lay derelict for many years until it was converted into a community and arts centre in 1982. Today, the theatre offers an eclectic mix of classical theatre, music, films and visual arts. If you’re travelling with little ones, the Trinity Theatre also has a broad programme of children’s entertainment including animation and puppetry. If it’s pouring with rain, you don’t have to travel far for some food either. The kitchen and bar has a deli and salad bar, and also serves light lunches, classic mains and great vegan dishes. 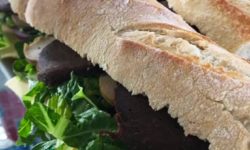 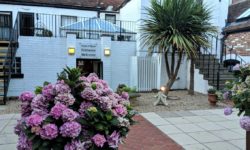 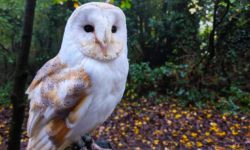 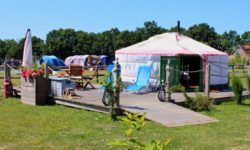 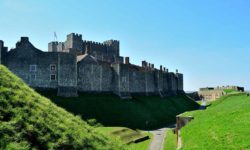